A man beheaded his estranged wife, slit the throat of their 5-year-old daughter and then hanged himself inside the family’s home, police sources said Thursday.

Cops responding to a 911 call from the wife’s worried brother, forced their way inside the family’s four-story brownstone Wednesday night, November 6, only to discover a gore-spattered scene of unimaginable horror, the sources said.

Jennifer Schlecht, a former Peace Corps member currently working for the United Nations Foundation on international emergency responses, was found dead on the bathroom floor with her decapitated head in her lap inside the building at W. 121st St. near Adam Clayton Powell Jr. Blvd., sources said. 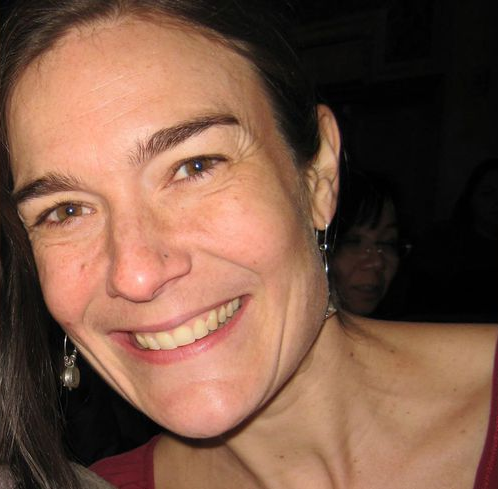 Their young daughter was discovered in her bedroom with a gash so deep to her throat she was partially decapitated, sources said.

Her 46-year-old father, Yonathan Tedla, was hanging nearby from a rope tied to her bedroom door, He had taken his own life after killing his loved ones, cops said. 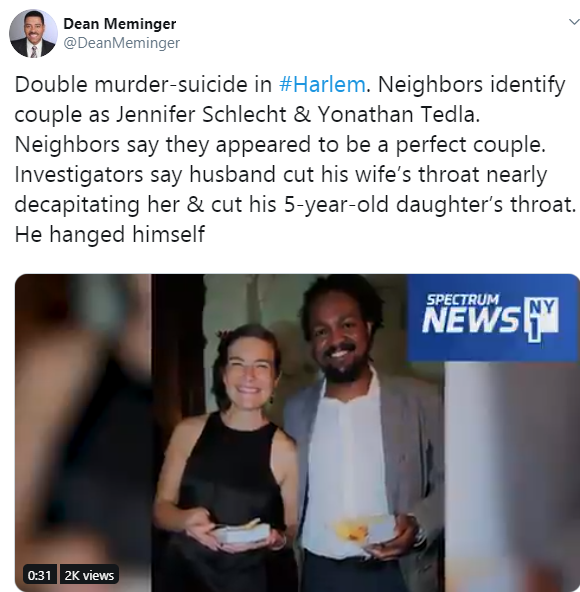 75-year-old Kenneth Schlecht, who is the father of Jennifer Schlecht, told the Daily News the couple’s marital strife began about five years ago after the birth of their child.

Tedla, who was originally from Ethiopia, had recently threatened his wife if she went to court to dissolve their marriage.

“The last time we talked to our daughter was on Sunday. She was in tears, said her husband had indicated that if she served him with divorce papers he would ruin her or take them all out. Which was apparently what he did.”

He said his desperate daughter went to file for an order of protection Tuesday only to find courts closed for election day. She was determined to go the next day but she never made it because that was the day she was killed, according to a courts spokesman.

The butchered woman’s worried brother finally called police at 9:18 p.m. Wednesday after he was unable to reach his sister.

A knife, suspected to be the murder weapon, was taken into evidence from the bedroom, sources said. 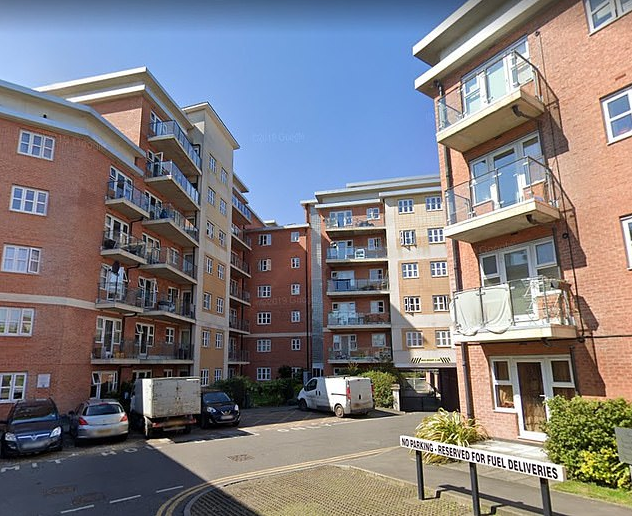 Neighbors were stunned by the murder-suicide. They described the couple as outwardly happy, with neither husband nor wife showing any signs of marital strife during their years inside the building.

Shocked neighbor Patricia Brodin, 40, said of Tedla: “He’s a very, very nice guy. I used to see him all the time taking his daughter to school. Why did he snap like this?

She continued: “Everybody knows him on this block. He was a really good guy. I’m really stunned. I don’t know what to say. He always minded his business . . . He was a non-violent guy.”

Another neighbour said: “It’s just unbelievable. They were an adorable family. Absolutely adorable.”

Timothy Harris, 37, who often saw Yonathan Tedla jogging said: “I’m still asking God why. When you saw them, they were a happy couple. Funny dude, always smiling, always had his daughter up on his shoulders. They were a beautiful couple. I still don’t understand what happened.”

The couple met at Columbia University about a decade ago, when she was studying for her master’s degree in social work and public health and he was working there as a freelancer in IT.

In 2016, Schlecht was granted a temporary restraining order against her husband because he was threatening and harassing her, sources said. But cops were never called to the home for domestic disturbances. And a 2016 family court case against her husband was ultimately dismissed when Schlecht stopped pursuing it, a spokesman for the courts said Thursday.