It is getting evidently clear the direction where the pendulum would swing towards the APC forthcoming primaries.

Set for the mother of all battles over the control of the soul of APC are the incumbent Governor, Godwin Obaseki and a former minister of works, Engineer Chris Ogiemwonyi.

Already the state Governor who is on is way out of the APC in a curious twist of fate renewed his bid to fly the party’s ticket.

With the inauguration of the Bisi Akande led reconciliation committee Obaseki once again found his voice.

In a swift response, the secretary to the state government Osarodion Ogie signed a press release welcoming the committee. 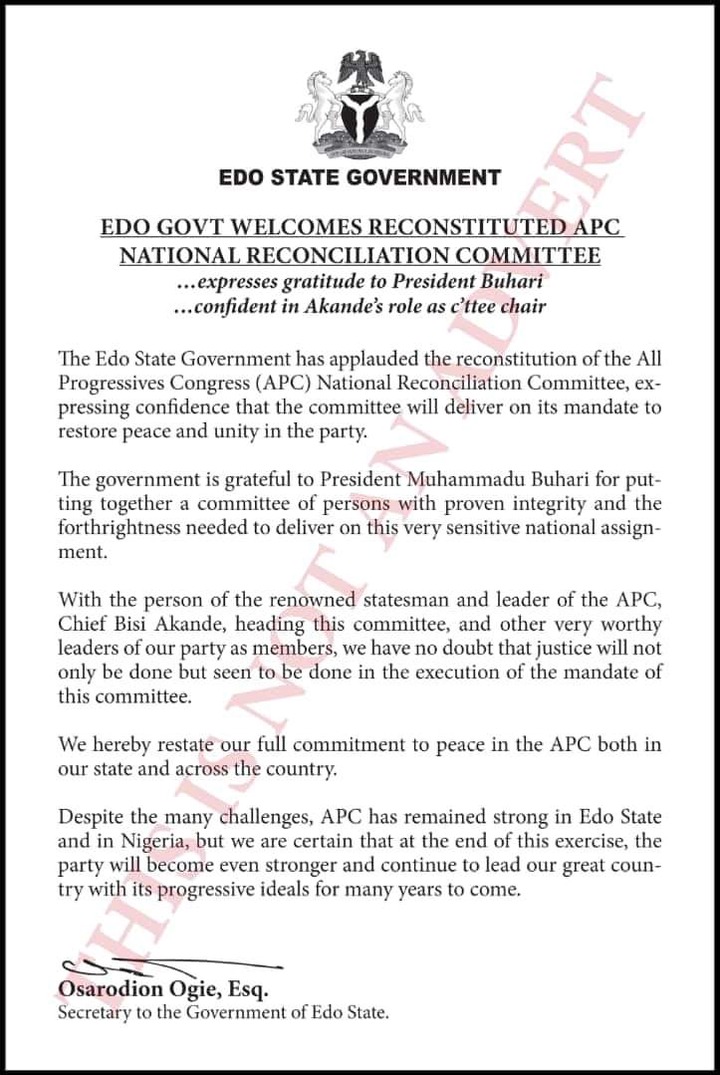 Immediately the social media aides of the Governor launched a campaign of celebration saying Oshiomhole was once again defeated.

In its traditional fabrication of falsehood, an impression of a vote of no confidence on Adams Oshiomhole was given as reasons behind the reconstitution of the reconciliation committee.

Fact check reveals Lawan was replaced with the former (Interim) national chairman, Chief Bisi Akande because he had other state matters.

Obaseki has been playing a mind game on his followers and they are of the impression that something would happen and Adams Oshiomhole would be kicked out of the party before the party primaries.

So what if Adams Oshiomhole is not removed then what next for Obaseki?

Now with irrefutable facts let us digest the composition of the committee.

First and worthy of note is that Obaseki had in his rejection statement faulted both Mr Lawan as Chairman and the deputy speaker of the House of Representatives, Ahmed Wase as a member of the committee.

Bisi Akande was the former vice-chairman of the committee.

What does this imply? Oshiomhole has only empowered his allies the more.

Also, it might interest you to note that during the last NEC of the APC, Bisi Akande alongside the executive of APC recognized Col Imuse as the authentic chairman of Edo APC. 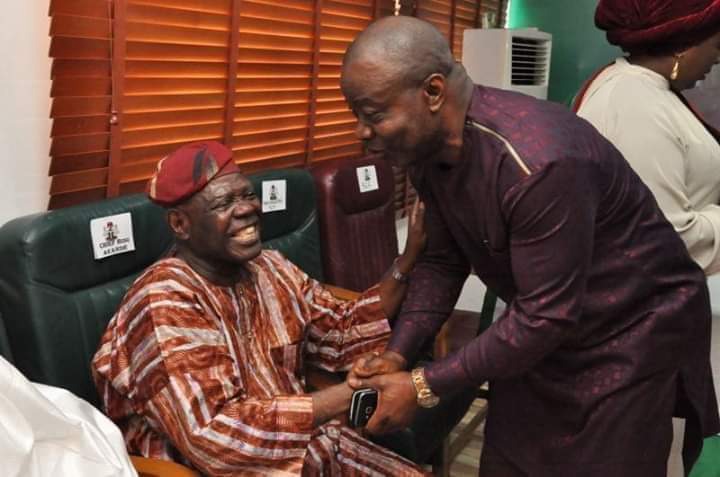 Anyway, the true reflection of the peace and reconciliation committee task is to broker a safe landing for Governor Godwin Obaseki if he so chooses.

Engineer Chris Ogiemwonyi who is clearly the favourite to clinch the party’s ticket is currently in a power tussle with Obaseki.

Initially, Obaseki was told to drop Philip Shaibu as a criterion to be readmitted into the party and also issue a fresh proclamation on the EDHA.

It was gathered from reliable sources that the plan was hatched in other to give Obaseki a soft landing,

But fresh facts emerged that Obaseki elapsed his golden opportunity for a makeup by widening the gap of communication and the wanton destruction of opposition houses with bulldozers.

Recently explosives were introduced into the aggression.

Obaseki has a straight option left which is to rescind his second term ambition and support the APC and its chosen candidate.

Engineer Chris Ogiemwonyi is a distinguished engineer who retired meritoriously from the NNPC after 34 years of selfless service. He was celebrated as the originator of local content in the oil and gas industry.

More details would be shared as real-time development occurs.

Osigwe Omo-Ikirodah works at iReporteronline and writes in from Edo State.