#BBNaija: Video of Tacha & Seyi’s dramatic fight in the Kitchen

It is no longer news that Pepper Dem housemates, Seyi and Tacha have not been in a cordial relationship for some weeks. Tacha and Seyi have tried very hard to stay away from each other in the house to avoid conflict.

Well, the two crossed each-others part today in the kitchen and they could not help but hurl abusive words at themselves. 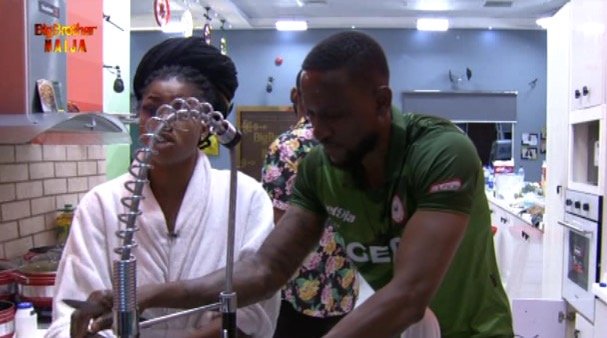 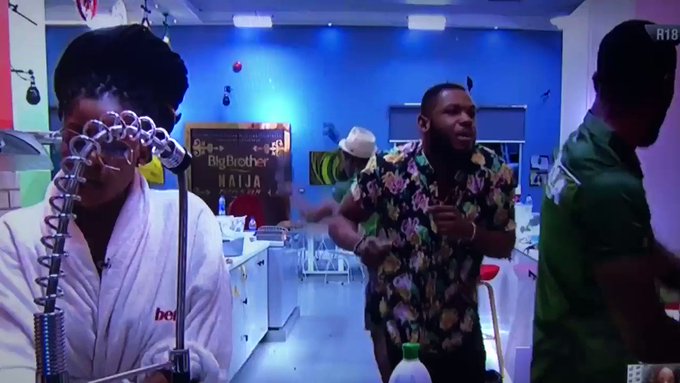 Recall that during live eviction show on the 8th of September, Tacha spoke about her alteration with Seyi. Ebuka and other fans of the BBNaija reality TV show did not see it coming as the 23-year-old completely humiliated Seyi in front of the other housemates.

According to Tacha, She said Seyi cannot achieve what she could achieve at age 23. Tacha called him a consistent drunk and she continued ‘if it wasn’t for Big Brother, he would come close to achieving what I have achieved at 23.

I CAN TALK VERY WELL@trendparrot

“What I have achieved at 23, Seyi has never achieved it in his entire life” – Tacha.

Watch as Tacha destroys Seyi as she explains things to Ebuka.#BBNaija #BBNaijaEviction via @BBNaija

0 comments on “#BBNaija: Video of Tacha & Seyi’s dramatic fight in the Kitchen”