The US Coast Guard, earlier this month, intercepted a submarine transporting six tonnes of cocaine with a street value of more than £133 million in the Pacific Ocean.

The ‘narco sub’ was spotted by a reconnaissance aeroplane, with two small boats dispatched from the US Coast Guard’s Valiant to intercept the vessel.

The crew assisted by the Colombian navy arrested four suspected smugglers in the daring operation. 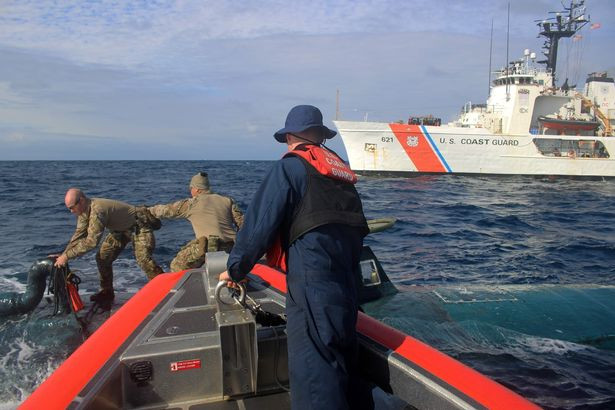 Valiant’s Commander Matthew Waldron said: “There are no words to describe the feeling Valiant crew is experiencing.
“In a 24-hour period, the crew both crossed the equator and intercepted a drug-laden self-propelled semi-submersible vessel.
“Each in and of themselves is momentous events in any cutterman’s career. Taken together, however, it is truly remarkably unprecedented. 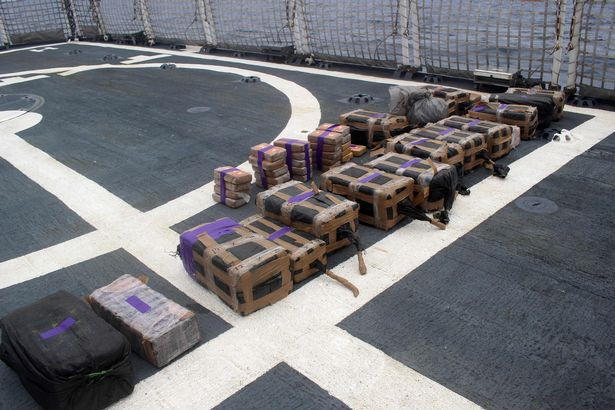 Narcotic gangs in South America are famous for their use of submarines to transport their illicit goods. Drug cartels in Colombia are best known for the method, usually using the vessels to move cocaine to Mexico.