Edo 2020: Obaseki in fresh school certificate scandal, why he may be disqualified 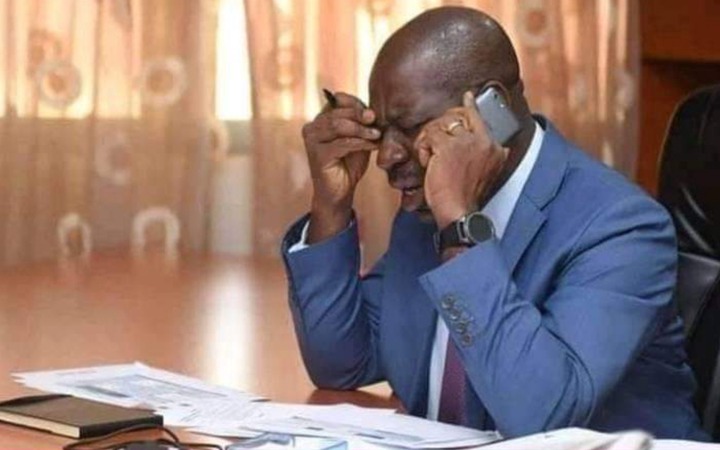 Fresh facts emerging indicates Obaseki may be involved in a fresh certificate scandal.

The embattled Governor is accused of submitting irregular affidavits to back up his claims.

During the last governorship elections in 2016, a similar case arose where the PDP accused Obaseki of misrepresentation of facts in his affidavit.

Now internet users are querying the duration in which Obaseki claims he finished his secondary school, got admitted into the university and then graduated.

According to Obaseki’s signed affidavit here is the bone of contention.

That after I finished my primary school certification at St Matthews Anglican primary school, I proceeded to Eghosa Anglican Grammar school where I sat for the West African Examination Council Exam  and obtained my secondary school leaving certificate in June 1973.

Thereafter I finished my primary school education at Eghosa Anglican Grammar School, I proceeded to the great University of Ibadan where I obtained my degree of Bachelor of Arts in classical studies 1976.

The question wherein internet users are asking is how did he graduate with a degree in 3 years? Between June 1973- 1976.

This discovery is presently causing a debate online as many respondents are of the view that INEC may disqualify the Governor. 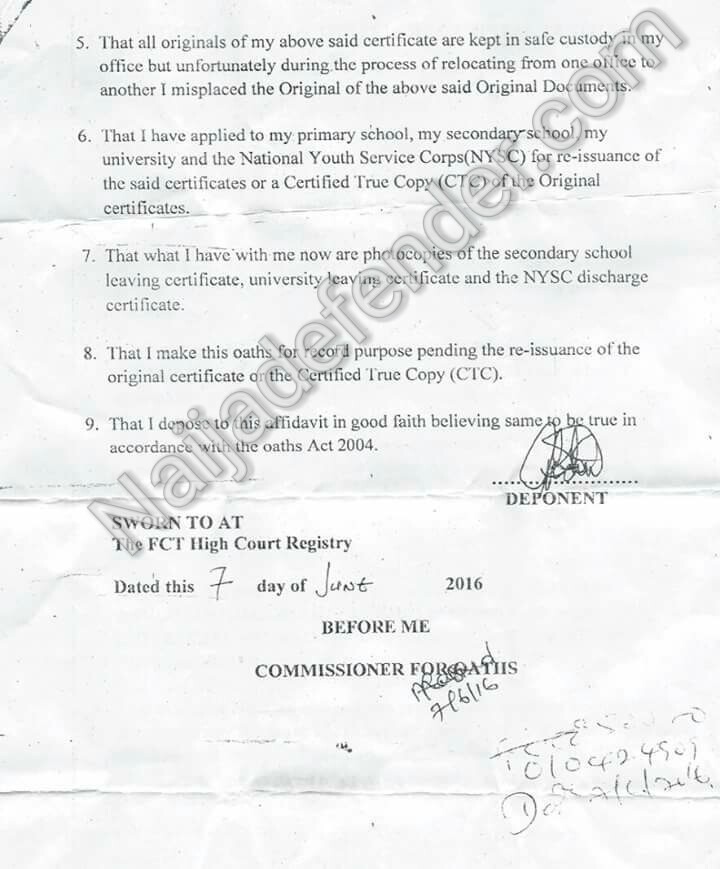 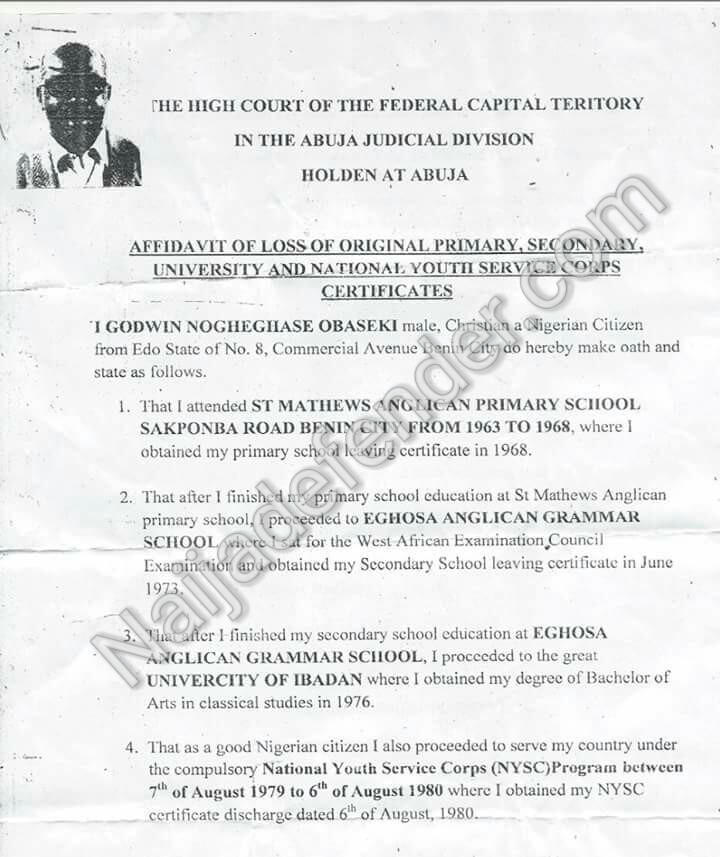 See all the evidence above as cited on his affidavit.

What are your views? are the pieces of evidence weighty enough to warrant a disqualification by INEC bearing in mind the recent Bayelsa case forgery scandal of the elected deputy Governor that ruined APC in Bayelsa.

0 comments on “Edo 2020: Obaseki in fresh school certificate scandal, why he may be disqualified  ”