This is really hilarious. This WhatsApp leak chat is currently trending between a boyfriend and girlfriend.

According to the guy he had to cancel the Valentine plans because of the hotel that was demolished by the Edo State government last week.

He claims he made nice plans to have a good quality time with his baby at the hotel but unfortunately, it was demolished because of the political power play between Obaseki and the opposition in Edo State.

The girl was really upset with his decisions.

she simply asked what his plans were and he started his sermon. 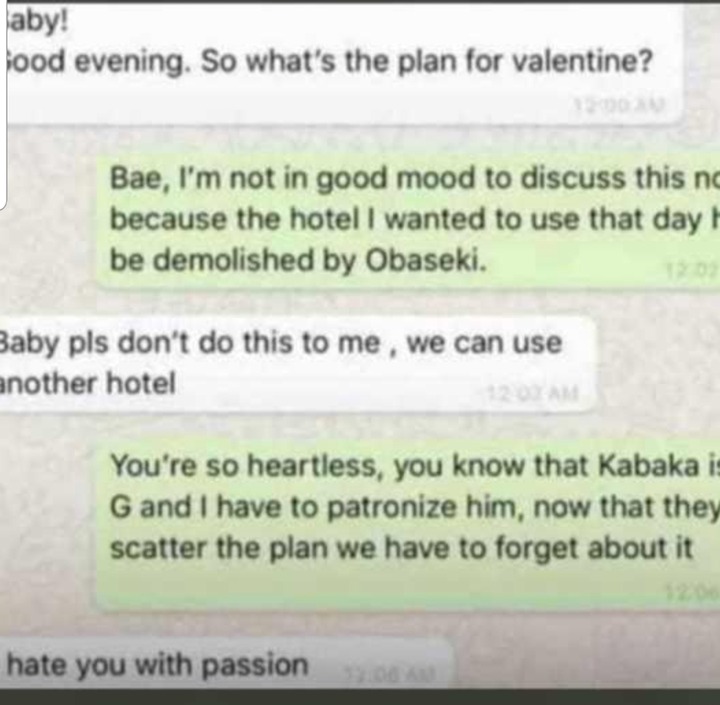 Good evening, so what are the plans for valentine?

My guy now replied he was in a bad mood and really doesn’t feel like talking.

So what would you do if in her shoes?