Edo with Benin City as it capital, has a long history of civilization 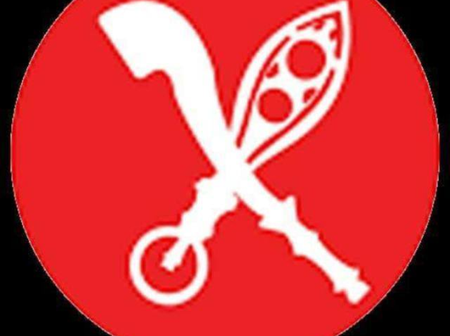 Edo with Benin City as it capital, has a long history of civilization. Historians and researchers trace its existence to as far back as prehistoric time. As a well organized unified-community, under a very formidable monarchial authority called “Ogiso.” With a verbal government machinery representing legislative, executive and judiciary, with some form of checks and balances more or democratic in form. With the people called Igodomigodo {Benins} {Edo} as it inhabitants.

No one is very certain as to the full Origin of the Edo’s but the palace of the Oba. This fact was further pointed out by a Prince of the land – Prince E.Eweka “No one is really certain about the origin of the Edo people whose origin appears to have been lost in myths and legends of the distant past” What is very certain is that Edo Civilization is well over 6000 years according to scientific evidence and before the first ancient inhabitant of Edo land was unified under a monarchial authority of ogiso. The Igodomigodos {Edos} {Binis} govern themselves through the ancient system of seIf governance called Owere {community elders.} The oldest male person in the community who is also the senior among Owere is automatically installed as Odionwere {senior among the community elders.} Odionwere and Owere manage the day-to-day affair of their various communities. This system is still practice in Edo-land till date.

Benin City was and still remait the seat of government of the ancient Benin Empire one of the most powerful Africa Empire during 15th and 16th century. It authority and influence spreading to the coast of Benin republic, the Niger delta, the north west of Niger river and to Onisha in the east.

The fall of Benin Empire was an event the British colonial power has always hoped for, it gave them the opportunity to stretch their Empire into West Africa hinterland. With Benin Empire out of their way a country called Nigeria was born with the amalgamation of southern protectorate and the Northern protectorate in 1914.

When Nigeria gained her independence in 1960 three regions were formed the Northern region, Eastern region and western region, which Edo land was under it jurisdiction. Dominated by the Edo ethnic-linguistic group. Benin and Delta [Bendel] people sharing a common origin, cultures, religious worships, and ancestors traceable to the ancient Benin Empire. This historical ties and discovery of a common roots and identity was transformed into a political consciousness this Consciousness was crystallized into geo-political umbrella movement, a powerful lobby group head by the late Oba Akenzua II which lobby vigorously for the creation of a separate region for Benin and Delta people [Bendel]. This ideal of a separate region did not find favour with the western regional government. After much political and constitutional debate a referendum was eventually held on 27 July 1963. The result was massive and overwhelmingly 87% of the qualified voters backed a separate region for the Benin and Delta people 29% more than the statutory minimum. The Midwestern region act of 1962 was subsequently brought into force on 9 August 1963 and a new region called Midwestern region was born and legally came into existence. With Benin City as it capital, it formed the fourth (4) region of Nigeria.

When Nigeria was further restructured, from 4 regions to 12 states On 27 May 1967, Midwestern region was change to Midwestern state but retained its original geographical boundaries. On 3 February 1976 when Murtala Muhammad regime further subdivided Nigeria’s states from 12 states to 19 states Midwestern state was change to Bendel state with some little adjustment in the geographical boundaries and minor carvings of some riverine area to Rivers State. On 27 August 1991, two states were created out of Bendel state Edo state was one of them retaining Benin City was it capital in continuation of Midwestern region historical perspectives. Edo State was formed on 27 August 1991 when Bendel State was split into Edo and Delta State.

0 comments on “Edo with Benin City as it capital, has a long history of civilization”