Obasanjo said Ekiti people by the election, have demonstrated that they cherish Fayemi and will do everything possible to make him succeed. He said Fayemi should reciprocate the people’s trust by doing everything to strengthen their faith in democracy and it’s ability to bring about improved material conditions and better service delivery.

Read the letter below 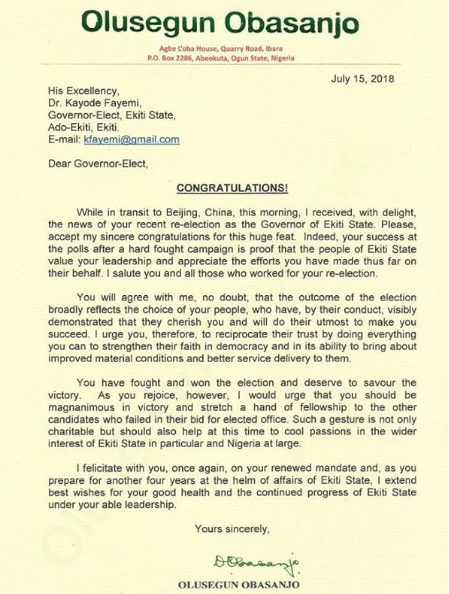