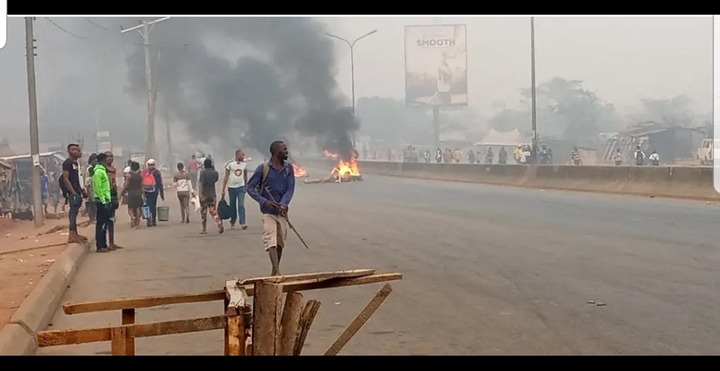 Presently protesters are at the ever-busy Benin/Abuja expressway demanding justice for a tipper driver, Mr Richard Odia of Azagba community in Uhunwonde local government local council, he was shot by policemen over a community dispute.

Mr Richard was involved in a community tussle over land issues. The other party who was in contention with Mr Richard Odia involved the police into the dispute.

An altercation between Mr Richard Odia and the police ensued, the policeman out of intolerance opened fire on Mr Richard who is a popular tipper driver in the community.

Mr Richard popularly called Original was shot by the policemen who were drafted in from Delta State.

This incidence occurred on the 11th of February and the diseased died last night prompting the early morning protest today.

This has not been the first time individuals would involve the police in a civil matter and lastly end up taking the lives of citizens they are meant to protect.

Meanwhile, the trigger happy cop has been arrested by the state police command.