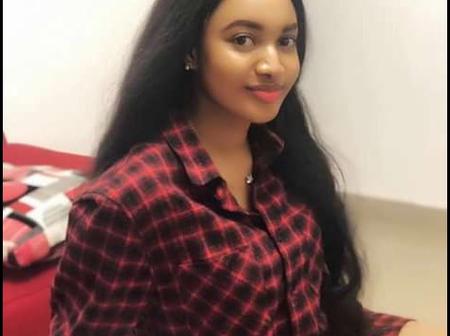 My name is Blessing, 24 years old and I’m a student studying Medicine at the University, a 300 level student.

A man added me on Facebook, I checked his profile, it was a real profile and he is really handsome, I crave for handsome men.

We started chatting and after some weeks and I started to fall in love with him. He stays in Lagos state and he asked if we can see which I gladly accepted before he sent me 47 thousand naira for transportation.

On getting to Lagos, I met him, I wasn’t disappointed because he was really handsome and muscular in real life. He took his time to show me around Lagos and I had a lot of fun.

On getting home to our hotel room, he brought a red wine, I tried to resist it but he said it was to celebrate our coming together and I fell for it. After drinking it, I felt dizzy and decided to sleep, after sometime he started to touch me slowly, I enjoyed it but I tried to refuse it because I thought it was wrong to sleep with him on the first day. He continued and forced me down and made love to me without my permission.

In the morning I was really sad and angry, I shouted at him why he would do such a thing to me and he got angry and said that he spent close to 100,000 on me and I’m refusing to do it that I must be stupid. I got angry and left.

After some weeks he started calling and texting me that he was sorry and wants to meet me again that he’s been thinking of me and he’s in love with me.

I need your advice on what to do because I still love him and i can’t stop thinking about him everyday.