Former world heavyweight champion, Leon Spinks has been diagnosed with prostate cancer, that has spread to his bladder.

The news comes after Sun Sport reported last month the 66-year-old was rushed to a Las Vegas hospital in a serious condition.

His wife, Brenda confirmed the sad news about her 66-year-old husband, who was first diagnosed in May.

‘It’s going to be a long road and a lot of work,’ Brenda Spinks said in a statement to USA TODAY Sports. ‘But we are bound and determined for the Champ to make a comeback!’

According to the US publication, Spinks is now back at his family home in Nevada after being discharged from hospital in Las Vegas on New Year’s Eve. He is expected to undergo cancer treatment on an outpatient basis. 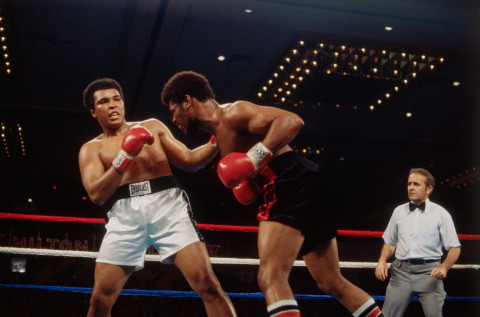