Apostle Johnson Suleiman, the founder of Omega Fire Ministries Worldwide,  has called on all Christians to pray for the US, Donald Trump, who is currently faced with impeachment proceedings

Trump is facing an impeachment inquiry from House Democrats over a July 25 phone call in which the US leader asked Ukraine president, Vlodimir Zelinskiy, to investigate Joe Biden, a likely opponent in the 2020 election.

In a tweet posted this afternoon, Suleiman said that the impeachment inquiry was unnecessary, calling Trump an imperfect man like everybody else. See his tweet below

He also replied some of his followers who queried him for calling for prayers for Trump and not for his own country’s president. 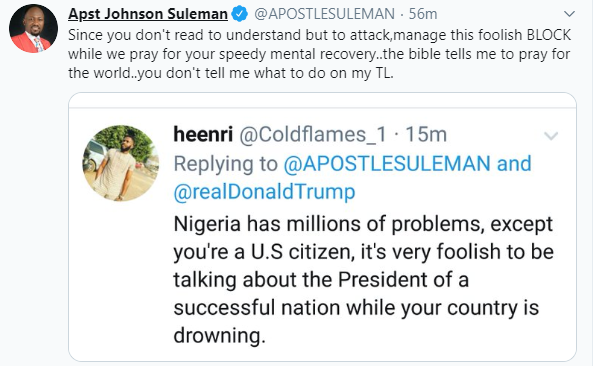 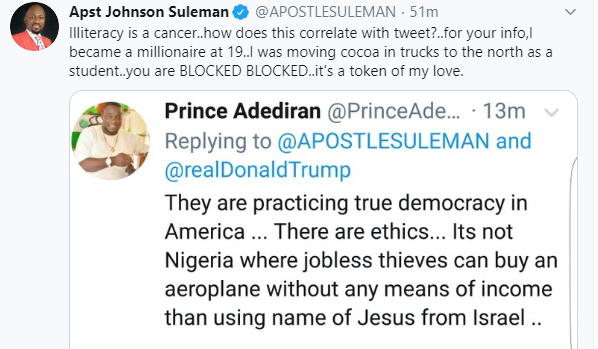