The Former Genclerbirligi and Trabzonspor striker passed away at the age of 31 on Wednesday (Oct.2) under unknown circumstances.

“The greatest loss a team can suffer is not on the scoreboard, it’s the death of a fellow teammate,” said Austin Bold FC Chairman Bobby Epstein. “It’s with shock and grief that we acknowledge the sudden death of Promise Isaac. On behalf of the Bold organization; we wish his wife, children and family strength and peace as they struggle to cope with his death.”

Read Also Why We Allowed Underage Candidates In 2019 Elections — INEC

Austin Bold FC is heartbroken by the death of Isaac Promise, who passed away on Wednesday night. 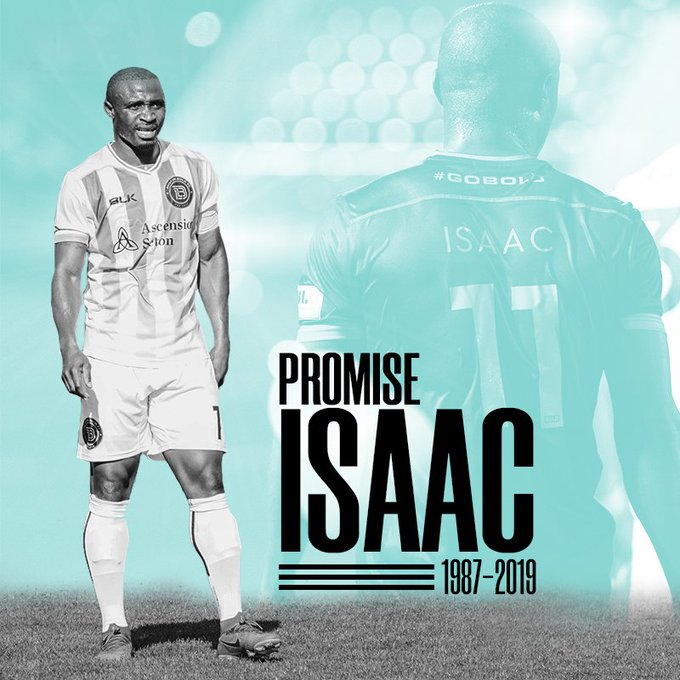 624 people are talking about this

Isaac Promise represented the Super Eagles in the 2005 FIFA World Youth Championship. He served as captain and scored once in six matches. He later earned a silver medal in the 2008 Summer Olympics in Beijing with the Nigerian U-23 team, again serving as captain in four matches, including the gold medal match.

0 comments on “RIP:Former Nigeria U-20 Captain, Isaac Promise is dead”