See Gobe :Nigerian Man Threatens To Destroy Ex-Girlfriend’s Marriage After She Left Him To Marry Another Man

Decision is not very easy to take especially when it involves someone you love.

A young lady took to a Facebook group asking for help and advice on what to do after she broke up with her boyfriend who trained her in the university because she wants to marry another man who will change the life of her family because he’s richer.

In the pictures she posted, her ex boyfriend threatened to ruin her marriage because she left him after training her in school. One of her reasons for making the decision is to change her family’s life.

See the pictures she posted below asking for advice on her decision: 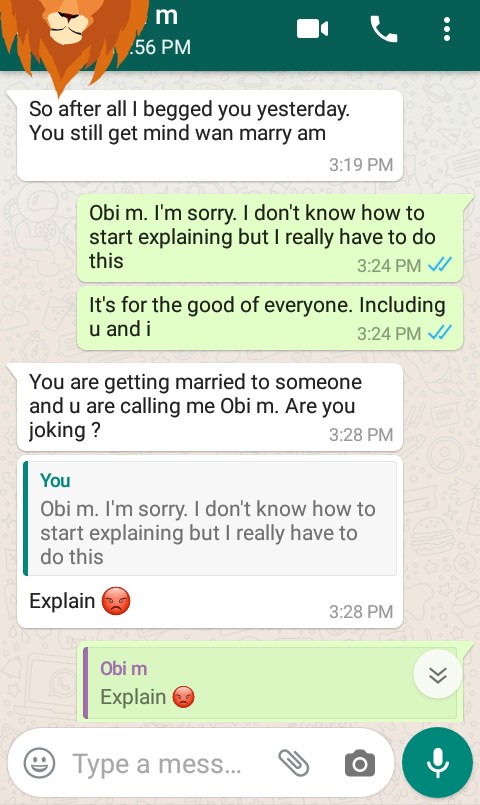 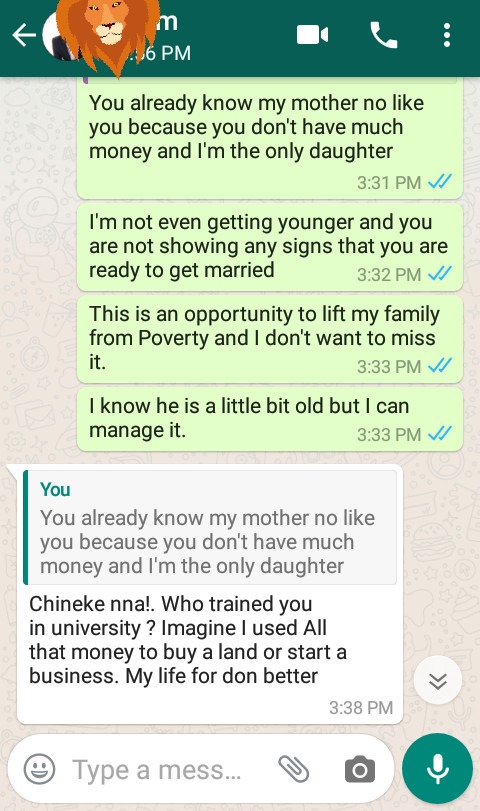 It is well understood he was the one who trained her in the university. 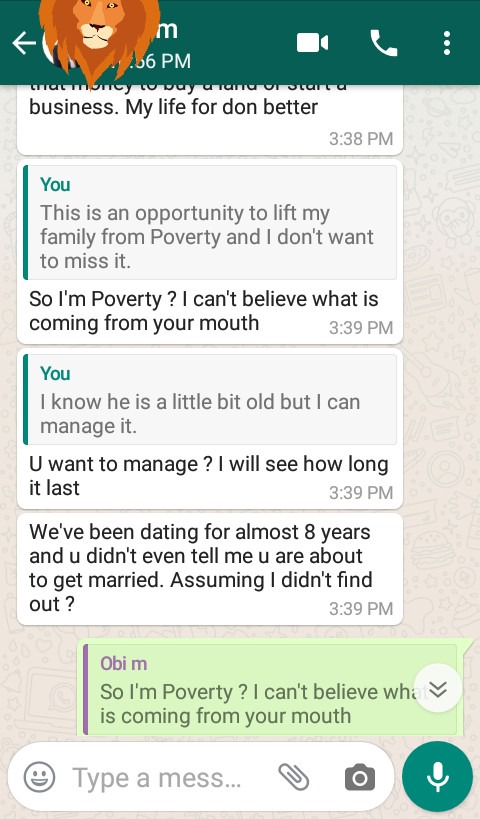 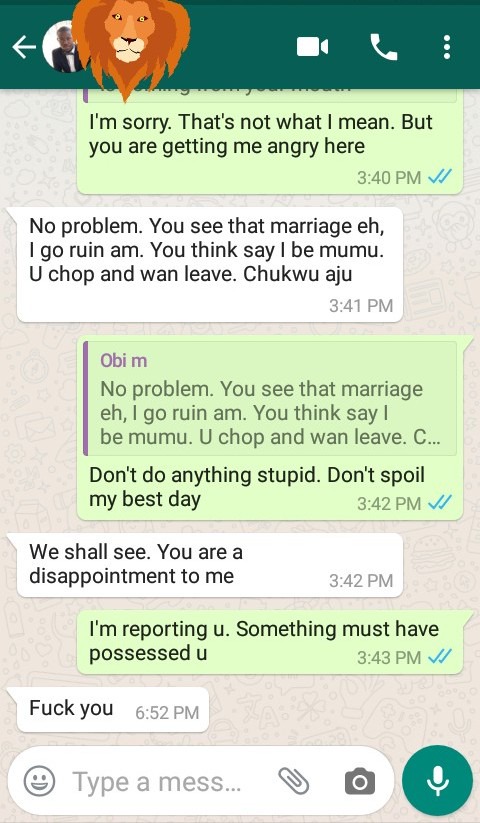 What would you do if you are in her shoes considering thd man trained you because he wants to marry you ?

0 comments on “See Gobe :Nigerian Man Threatens To Destroy Ex-Girlfriend’s Marriage After She Left Him To Marry Another Man”