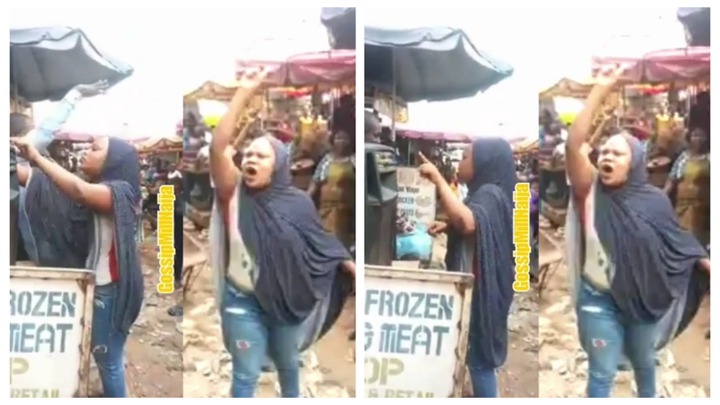 A video has surfaced online showing an intolerance angry female Nigerian Muslim, who confronts a male pastor and makes attempt to snatch away the microphone from his hand for preaching in public.

The woman putting on what the Muslims called Hijab on a Jean trouser, carrying her child was seen in a barely two-minute video, arguing with a yet-to-be-identified Pastor, challenging him for saying that Jesus Is The Son Of God at a market in Asaba, Delta State while she rants that Allah has no son.