Tears and sorrows as UNIMAID student is burnt to death by BokoHaram. 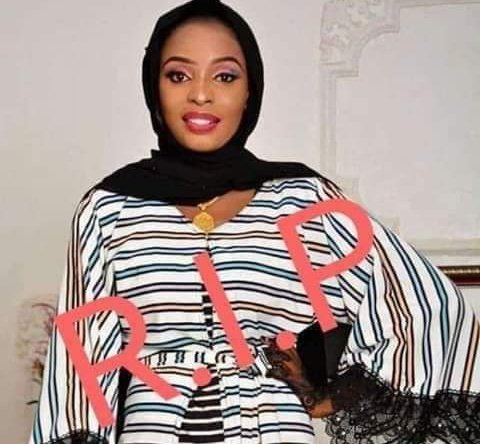 Young lady identified as Fatima, a student of the University of Maiduguri, UNIMAID was among the people killed by the BokoHaram terrorist group on Sunday at the village of Auno, Borno State.

The terrorist group killed 30 persons and abducted children and women after the raid in Borno State.

Presidency described it as murderous and cowardly.

The student of Mass Communication, Fatima was said to have been burnt alive by the terrorist group.

Families and friends have mourned he departure on Twitter.

May her soul Rest in Peace 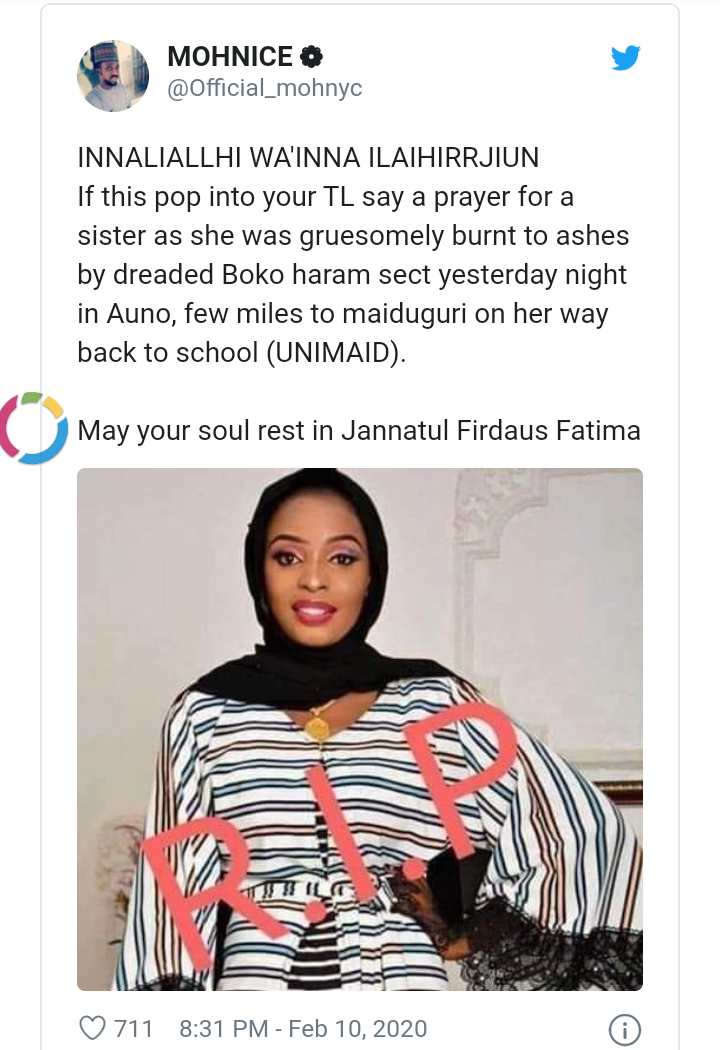 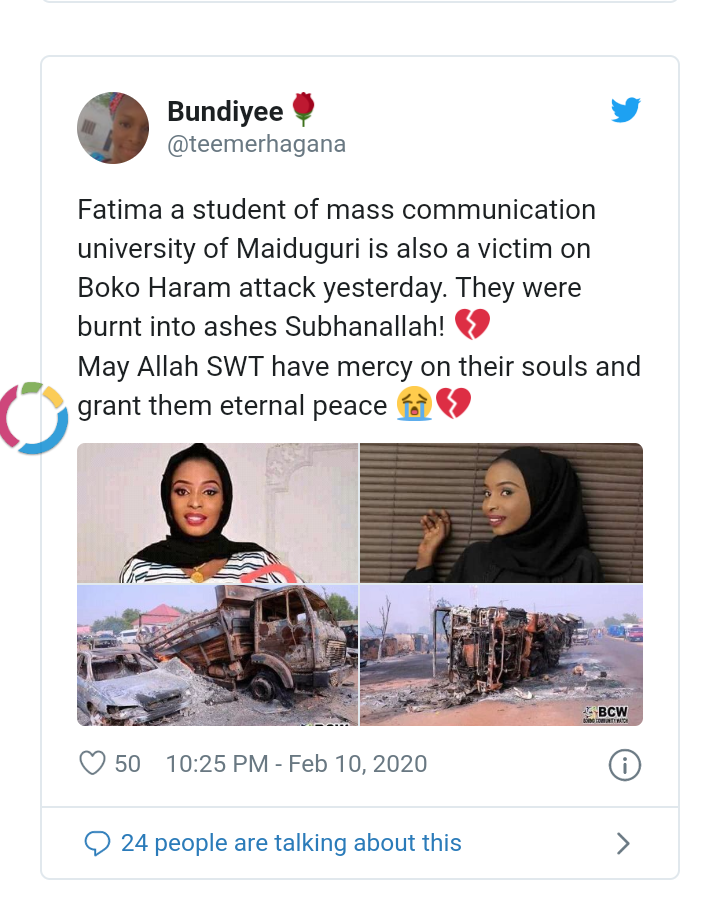 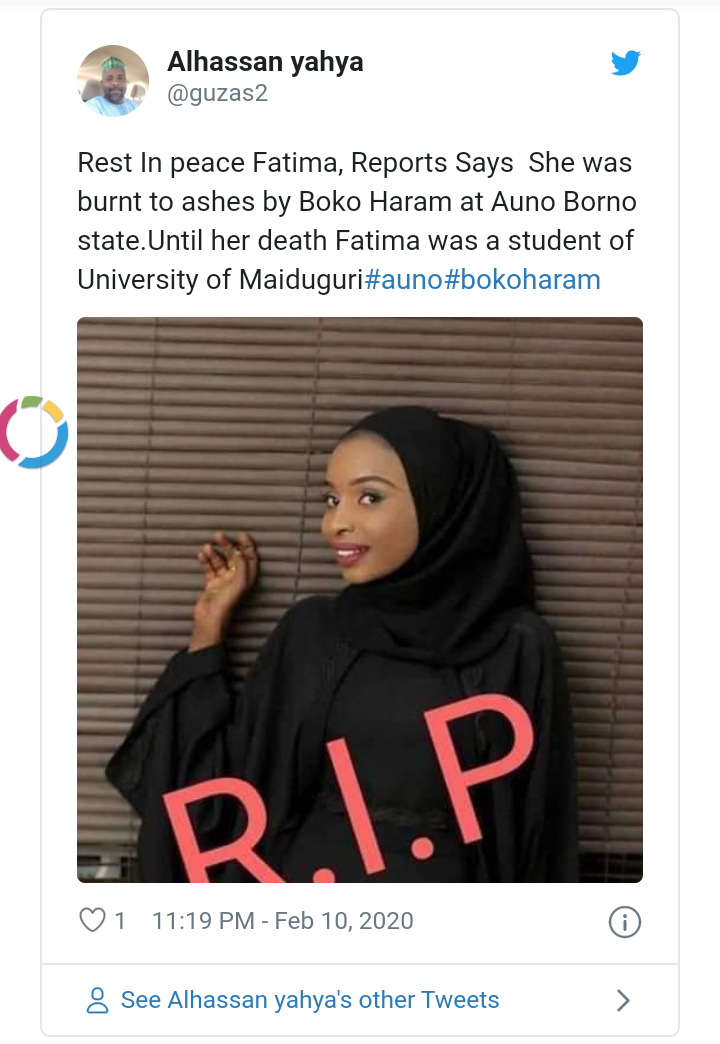 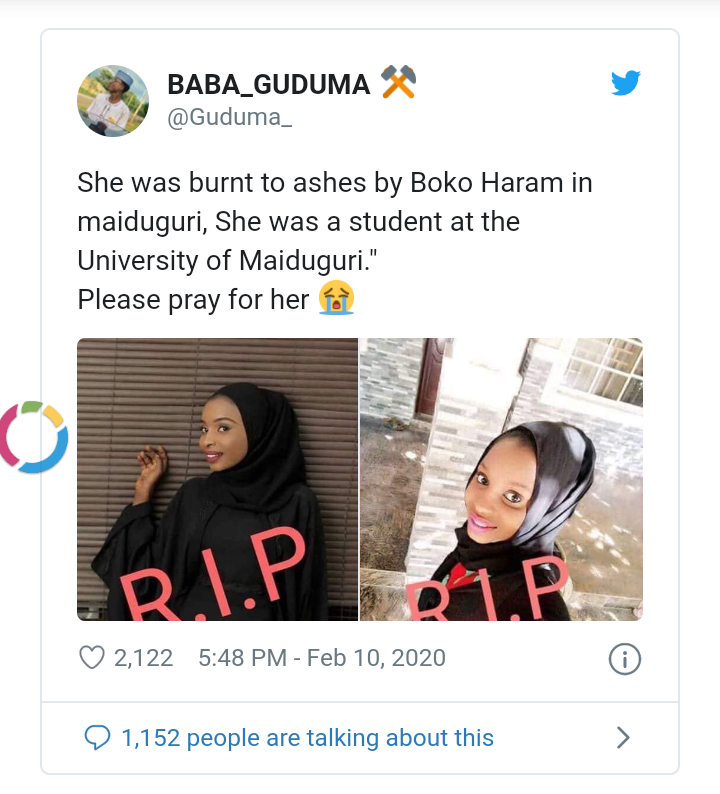 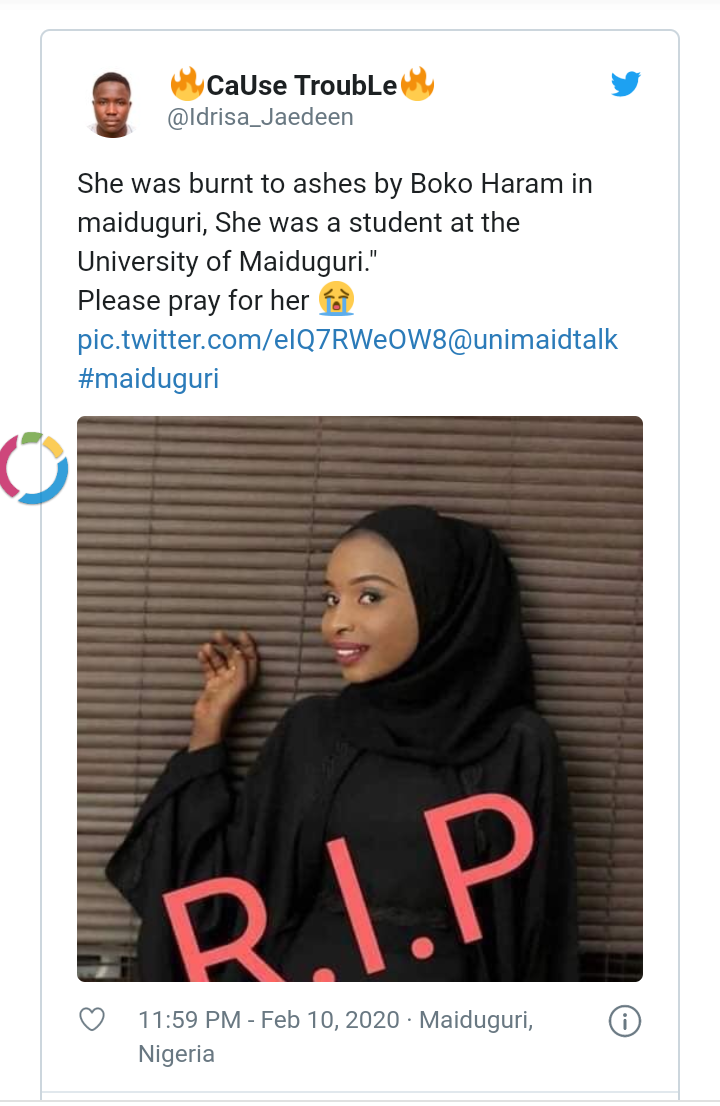 0 comments on “Tears and sorrows as UNIMAID student is burnt to death by BokoHaram.”