VALENTINE GBEGE: 22 Year Old Boy Has Been Allegedly Killed By His Girlfriend Over Valentine Gift 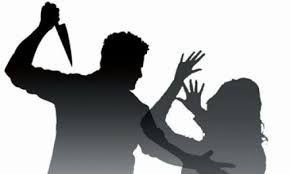 7:42am this morning in ado-ekiti a 22years old girl kill her boyfriend because her boyfriend doesn’t meet the demand of what she want as a gift for Valentine. Her boyfriend came with a Jersey as a gift for her while she was expecting a expensive bag from him, and her boyfriend was like this is what I can afford just try to understand but she refuse to listen to him.

Next she left her boyfriend in the livingroom to get a knife in the kitchen to stab him, eventually while her boyfriend is standing she stab him from the back, her boyfriend started bleeding, she now started telling him next time you come to earth you will now how it hurt to fail your girlfriend needs.

The gentle boyfriend was in pain, no one to help, and he died 8:13am this morning. She called her bad friends to come and help her in carrying her boyfriend body and throw his body inside the bush behind the fence.

Eventually they’re cut, they are now in the police custody at ado ekiti state, nigeria.

One comment on “VALENTINE GBEGE: 22 Year Old Boy Has Been Allegedly Killed By His Girlfriend Over Valentine Gift”