Tuoyo was evicted from the BBNaija 2019 Pepper Dem on Sunday, July 21, 2019. The housemate has addressed his fans after the Sunday eviction.

The young psychotherapist took to social media to thank  fans for their support. 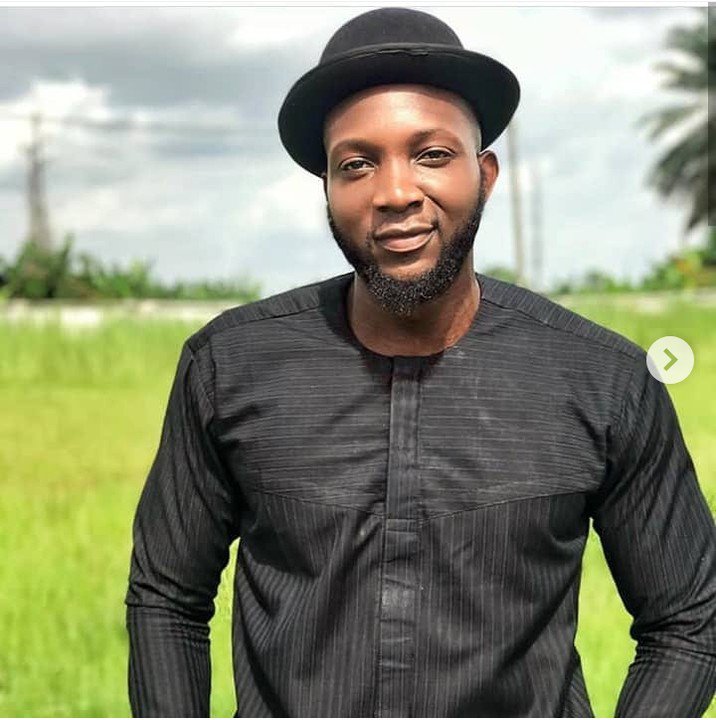 The fitness coach and part-time stripper’s exit comes after spending a total of 21 days and three weeks in the house.

Tuoyo was popular for being the life of the party. The stripper was quick to strip for the housemates at the three Saturday Night party he witnessed.

During his brief chat with Ebuka, Tuoyo said Frodd and Seyi shocked him for nominating him. He also said he liked Diane but he has a girlfriend outside and until they are both out, anything can happen. 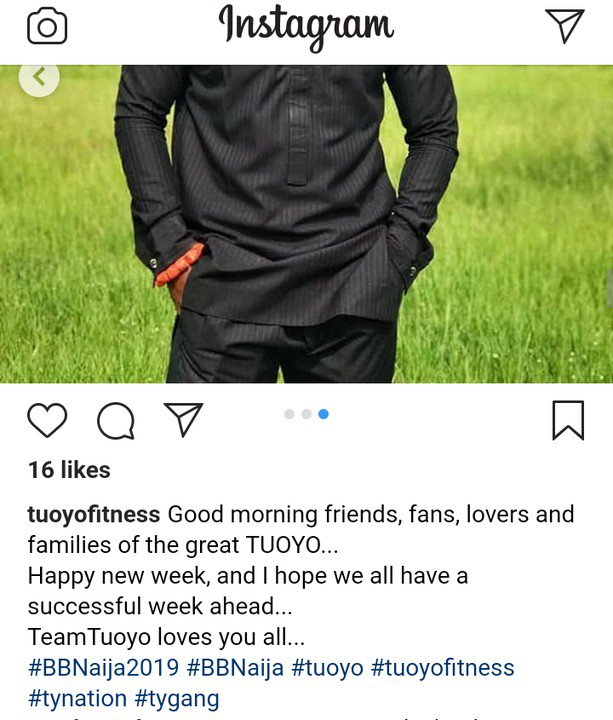 On Sunday, July 7, 2019, two housemates, Isilomo and Avala were evicted from the Big Brother House emerging two of the housemates with the lowest amount of Bet9ja coins.

On July 14, 2019, two more housemates, Kimoprah and Ella were evicted from the BBNaija house after getting the least votes from fans voting online and via SMS.

21 youths made it to the Big Brother House to become the housemates of the BBNaija season 4 tagged Pepper Dem.

The eviction continues for the next 10 weeks when the show comes to an end.