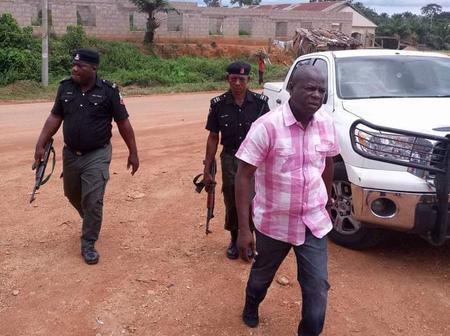 He was abducted on Tuesday morning on the premises of the Cross River Broadcasting Corporation (CRBC) while attending the flag-off of the “cocoa event” by the state’s deputy governor Ivara Esu.

A CRBC journalist, Sunny Inah, who witnessed the incident said Ofuka was accosted on the premises by two men in police uniform.

“When Ofuka attempted to resist, I saw other men all numbering ten came into the premises with guns and forced him into their waiting red-coloured Ford Ranger

“They threatened to shoot some of us who tried to help Ofuka while the General Manager of the station, Maurice Inok, and another staff, Esther Ofem, were pushed away.”

Two months ago, Ofuka held a press conference in Calabar alleging that a retired Assistant Inspector-General of Police in the state has severally sponsored attacks against him, accusing him of not allocating cocoa plots in the state to influential persons.