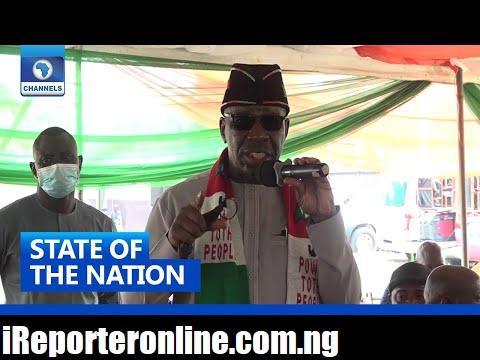 According to him, the kind of politics played in 1999 is no longer relevant as young people are set to take over.

The Governor made the comments during a Peoples Democratic Party stakeholders meeting in Benin-City on Sunday.

“Nigeria is going to a new stage; there is a new paradigm,” Obaseki said. “The politics we started in 1999 has now expired or is expiring.

“So anybody who is playing politics the way it was played in 1999 cannot succeed because the children who were five, six years old in 1999, today are now getting married. They are now the ones that are going to be in charge.

“So if we don’t provide leadership, they will push us aside. They are more than us, I have their data. they are not happy. They did not like what we did to them during . So we don’t have to wait for them to express themselves again.

“Let us provide leadership. Because as you know, those who make peaceful change impossible, make violent change inevitable. So what you are seeing in insecurity today, in hunger, in the desperation of our people, is the sign of the failure of our political system. And we have to correct it.

“We have started in Edo and we must continue. The old order can no longer hold. There is a new order. We have a choice, either to shape the new order or the new order will overwhelm us.”