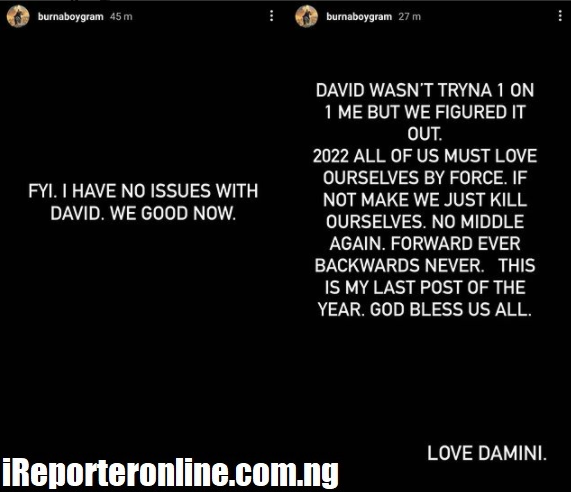 Singer Burnaboy has clarified that he and his colleague, Davido, are good and have no issues. He gave the clarification after many assumed the cryptic post he shared earlier was directed at Davido. Recall that Davido had earlier in the day mentioned that he made $22.3 million this year. Hours after Davido’s post, Burnaboy via his Instastories wrote

Many assumed that he was throwing shade at Davido. He has however come on his Instastories to clarify. See what he wrote below 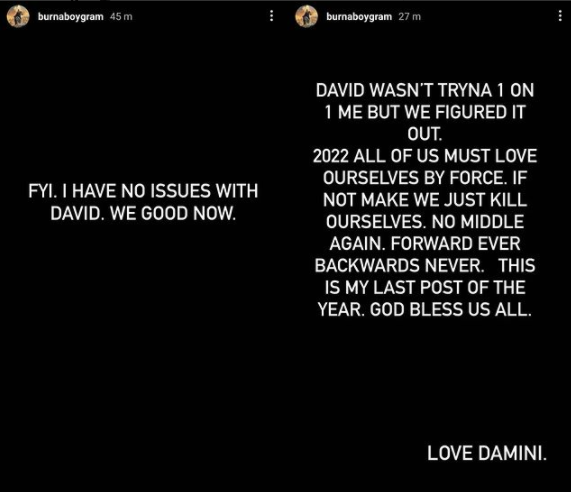