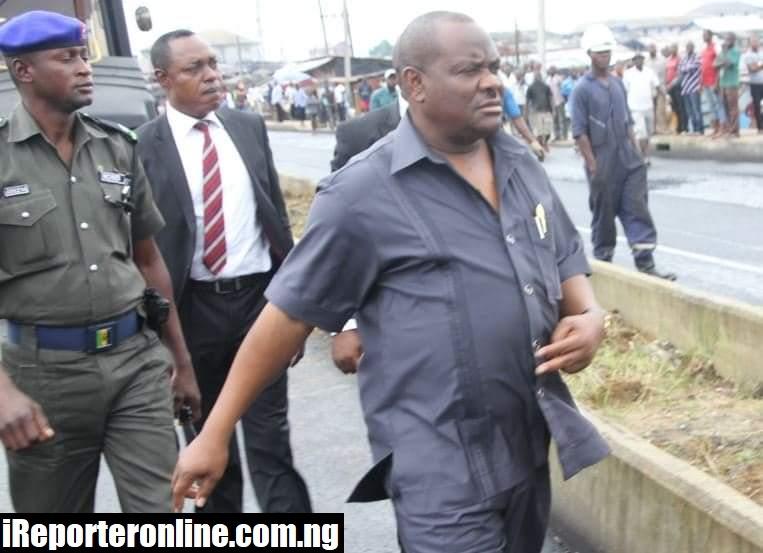 E shock you abi? See this is politics and it is all about interest, careful observations of the high political drama playing out points to a very possible political Tsunami that may shake the political terrain for a long while.

Last week the Cross Rivers State Governor, Prof Ben Ayade decamped from his party the PDP into the APC, of course, political watchers would interpret it according to their political alignments.

Anyway, some say it’s a welcome development while some say it is democracy in danger.

For me oh, the only danger I see in politics is you who claim to know what is wrong with the system and also claim to know the solutions and yet fail to jump into the ring and challenge the system. At the end of the day when their principal dumps his current platform for another platform, the follower becomes mute. It is then called democracy in action. Hypocritical followers that always delude themselves.

Let me be as expository as I can in today’s article, your grudging over political affiliations without taking a leap in seeking the alternative yourself would serve no purpose and of no use whatsoever to Nigerians, it is like a wasted suggestion meant only for the trash.

From the look of things, APC may be the party to beat in the 2023 general elections and the reasons are not far fetched, politicians always want to be relevant. To stay relevant post-Buhari regime means only a single thing, stay glued to the ruling party at the centre.

If you notice most of the second term Governors in PDP are contemplating dumping the party for the ruling APC. It is not absurd it is simply a way to stay connected after their tenure expires. You see, no matter who the governor imposes as his successor in his State he must betray him thereafter.

In today’s politics, it is a must Governors must betray their benefactor and rubbish them soon after assuming office. There are no two ways about it, it’s the present norm, so even if you like to install your son even as Governor he go rubbish you. After all Saraki don first do am, he yanga him papa the great Oloye during his second tenure.

Now the PDP is close to implosion due to so many protracted crises that have held the party down, there is a crisis between the National Chairman of the party, Prince Uche Secondus and the Godfather of PDP Nyesom Wike. So many PDP members including State Governors accuse Wike of an overbearing control over the party.

The Zamfara State Governor who is likely on his way out of PDP has complained bitterly about this,  former Niger State Governor Babangida Aliyu is currently on a warpath with Wike because of this as well.

Wike in reply has clearly told them that he would leave the PDP and the party would suffer for it, bragging about his popularity, the Rivers State Governor further said whatever party he finds himself he would still win elections.

The truth of the matter like the Cross Rivers Governor did is simple, be creative, think of ways to remain relevant in the scheme of things and the only way is to join the ruling party at the centre so peradventure your successor who you imposed on your state messes up with you then you can hold on to your federal government appointment and still call the shots.

Do not ask me questions please, Rotimi Ameachi and Godswill Akpabio are beneficiaries of this stunt so you can as well direct your enquiries to them.

But the funny aspect is that whatever reasons these governors give for dumping the party is actually false and only a smokescreen. All they seek is relevance post-2023.

So you all working yourselves up and casting aspersion on your colleagues and friends because of their political affiliation should calm down and see the handwriting on the wall. The struggle for the 2023 general elections is all about relevance and has nothing to do with political ideology or any other crap as may be defined by these political gladiators.

If Nyesom Wike leaves for the APC he would be received by President Buhari and all those Wike supporters insulting Buhari and the APC would only fold their hands and look it would change nothing.

The funny aspect is that the exodus movement is not limited to the  Governors alone, even serving senators and rep members have started moving already to the APC.

With the exit of Buhari comes about new FRESH opportunities to attain power in all strata of governance. New board chairmanship, ministerial positions, political aides, a new set of contractors and so many other political offices would be thrown open for grabs.

Buhari would go down in history as a leader who hardly changed his cabinet even when he came back for the second term he retained most of his ministers and aides.

Like the Kaduna State Governor, El Rufai once said, Buhari does not know how to sack his aides, and to him, that is a major problem faced in the Buhari’s administration.  So practically a whole new adventure is opened to the political class with the exit of Buhari and everybody would love to key in.

This is politics and has nothing to do with your sentimental belief, it is either you shape in or you shape out.

Give and take the 2023 presidency would most likely remain with the APC. My advice for Nigerians is to key into a party of their choice and work hard to effect whatever changes they want by themselves, no one would do it for you, I repeat no one would change anything for you after all if you come out and offer your services to Nigerians you won’t die.

The race is not for the lily-livered.