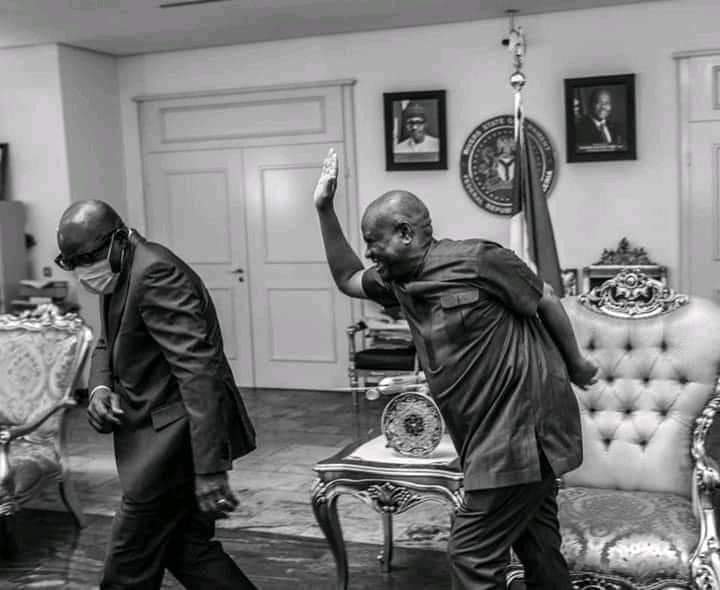 2023:Why Obaseki And Wike’s War Is Not In The Best Interest Of The South-South Matters Arising By Osigwe Omo-Ikirodah

If I was to make headlines with the raging battle between the Edo State Governor, Godwin Obaseki and his Rivers State counterpart, Nyesom Wike I sure would keep you guys rolling on the floor for the next weeks with giggles, I know what I can do and I sure know how to get you guys reeling on the floor with laughter.

Governor Nyesom Wike of Rivers State was in Benin City yesterday to meet with PDP delegates ahead of the party’s upcoming primaries in May. Because of a conflict of interest between himself and the Edo State Governor, Nyesom Wike’s visit was much anticipated. 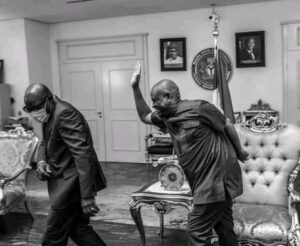 Wike pledged to make Obaseki lose weight in the midst of the crisis, and he even dared him to give up his PDP membership and see how he would shave his head.

Obaseki retaliated by saying that Edo State could not be mortgaged, thereby putting an end to Wike’s raging, claiming that he has defeated bullies in the past.

It was evident that this would be a Titans’ struggle, or as we say around here, “Kill Yourself By Yourself.”

“This means that the PDP is preparing to split apart because they have opted to be their own opposition to the South-South attaining the presidency.”

All the disgruntled parties were invited to a reconciliation meeting hosted by Ortom of Benue State, where an agreement was reached on the issue of delegates for the upcoming primaries.

The party structure is obviously controlled by Dan Orbih’s section, which is loyal to Nyesom Wike’s leadership.

Although Obaseki and his Deputy, Philip Shaibu, have a small number of delegates under their control, the reconciliation failed because Obaseki was thought to be after a large piece of the party’s structure.

He allegedly demanded all council seats, senatorial districts in Edo South and Central, and House of Assembly seats.

The old PDP, which is fighting Obaseki, cried out, “Fa Fa Fa Foul, you must uphold the Port Harcourt deal.”

Hon Ogbeide-Ihama was awarded an automatic ticket to serve as the party’s choice for the Edo South Senatorial zone as part of the Port Harcourt agreement.

Now that is just one side of the scrabble the other side is that Nyesom Wike is a PDP presidential aspirant and needs the support of the South-South Governors.

Obaseki on the other hand is scheming for the vice-presidential slot under Atiku and has his henchmen like Senator Uzamere and co-working assiduously for the come back of Atiku. So this is a double edge war that must be handled with tact.

As previously stated, Dan Orbih would sue Obaseki in court to prevent him from gaining more statutory delegates through the use of Edo State Council elections.

The court has barred EDSIEC from holding any more council elections. Obaseki has been further destroyed as a result of this.

Wike entirely ignored Obaseki on his visit to Edo PDP delegates yesterday. Wike visited the Oba of Benin before going directly to the PDP delegates, who were headed by the party’s State Chairman, Tony Aziegbemi, who is rumoured to be an ally of Obaseki.

That stated unequivocally that there had been no reconciliation and that the bubble was going to burst.

Before I continue, let me declare unequivocally as a Niger Deltan indigene the flaws in the Hausa Fulani’s 16-year reign of power (8 years of Buhari and another 8 years of Atiku.)

It is unethical and abnormal for a certain ethnic group to have 16 years of uninterrupted control without a break, even if the gap is only four years.

I’ve worked in a number of campaign organizations across the country, and it’s true that each of them is dominated by a particular ethnic group, most usually the principals.

This means that if they gain power, the majority of their workers will come from a specific region and speak a specific language.

This is erroneous; picture an Ijaw leader or Nupe leader in power for 16 years; all ministries and offices would be dominated by one region.

So, how long do you think it would take for additional regions to break into the system? Nigeria is not yet ready for 16 years of a single region to be in control.

For me, the South should have the offer of the first refusal for the presidency in 2023.

From the looks of what transpired yesterday, Obaseki may end up putting the ambitions of prominent Edo sons and daughters that are under his canopy into the political wilderness if this issue is not settled amicably and with sincerity of purpose.

There are senatorial, house of reps and state house of assembly hopefuls that are under the camp of Obaseki, what happens to their ambitions if peradventure the PDP was to hold its primaries today?

If Obaseki decides to opt out of the PDP would he leave with the aspirations of these contestants? As we speak everybody is practically contesting one election or the other in Edo State what happens to their followers?

Obaseki, I’ve always assumed, wields both the knife and the yam. Adopting a stance that is beneath one’s social status in order to attain one’s goal is a virtue, not cowardice, Obaseki should please take note.

Stooping to conquer is an act of nobility, not a foolhardy act.

Unfortunately, Obaseki’s media warriors are wasting their time fighting the wrong fights when their home is on fire. Have they ever considered what will happen to Obaseki’s followers in terms of electoral fortune if Nyesom Wike gets his way?

Even if Wike loses the presidential nomination, he has nothing to lose. He will remain a force to be reckoned with inside the PDP, and he might possibly emerge as Atiku’s vice-presidential candidate ahead of Peter Obi, Obaseki, and Udom. Nigerians are eagerly awaiting such a TICKET.

The titles of Ematon bestowed on Obaseki and Iron Bender bestowed on Nyesom Wike will only serve to stifle the South-South’s presidential dreams. (Ematon refers to a strong rod, such as iron that is difficult to bend.)

It is unfortunate and depressing that the South-South states have chosen to be their own albatross in the PDP’s quest for national dominance; at this critical juncture in our nation’s history, the South-South should go for the kill and only accept less if vanquished on the field of play.

“When brothers battle to the death, a stranger inherits their father’s estate,” as the saying goes. He who has ears, let him hear; for the wise, a word suffices.