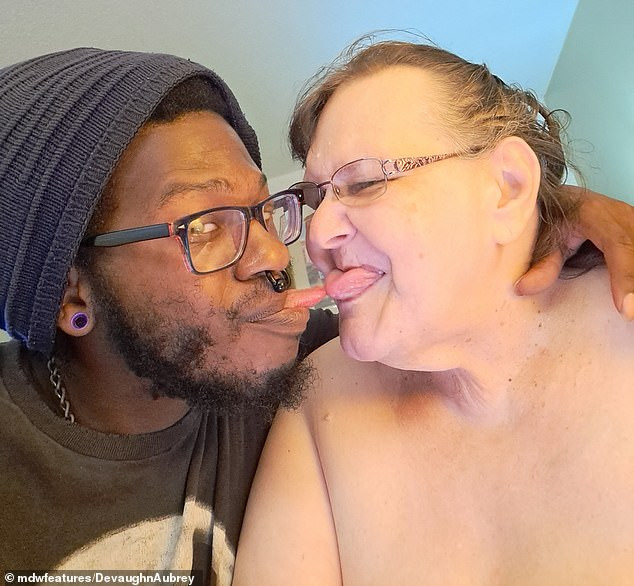 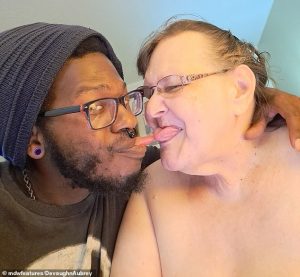 A couple who met on an adult hookup site has gone public with their romance.

Though 74-year-old Kathi Jenkins and 27-year-old Devaughn Aubrey’s started off purely as sex mates, it blossomed into the love and the couple from Texas are now engaged to be married.

With the pair being in a relationship for over a year, Devaughn said he knew that the 74-year-old was the one for him.

“We met online. it is a hook up site neither of us were looking for a serious relationship.

“I stumbled on her picture, it was a picture of her breast. I read her profile and messaged her in hopes of a response, she was online too and answered back.

“I asked for her number and she gave it to me then she immediately asked how big my member is and we talked for a bit that night.” 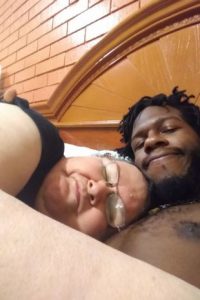 The couple then talked for four months before actually meeting, as Kathi lived two hours away from him.

“Once I got to her house she was waiting for me already in bed and directed me inside her house to her room and I came in her door and saw her, she looked way hotter than her pictures and smelled really sweet and good.

“She had this silky dark red blouse on with nothing else.

“Thank god I never told her my height. She’s very selective, she’s a size queen that likes tall men and I’m 5ft 7ins so once she saw me in person one of the first things she said was ‘you’re short’ or ‘you’re shorter than I thought‘.

“She wasn’t mad, she thought I was hot and we met at a hotel room a couple weeks after that and just kept meeting every week until she invited me over for Thanksgiving then we became official I guess.” 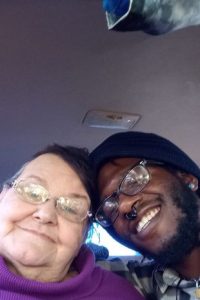 Devaughn who works as a stocker at Walmart and a porter for condos, has no children, but was once married at the age of 24. However, he divorced in 2021, shortly before he met Kathi. And he has admitted that this relationships is unlike one he has ever been in before.

“She is so perfect for me and she is very experienced in life and teaches me a lot. We never fight, can always talk without yelling and I trust her completely.

“I guess I like how old she is because I like older women or old women regardless if she needs a walker and stuff. I have never been bothered by that.” 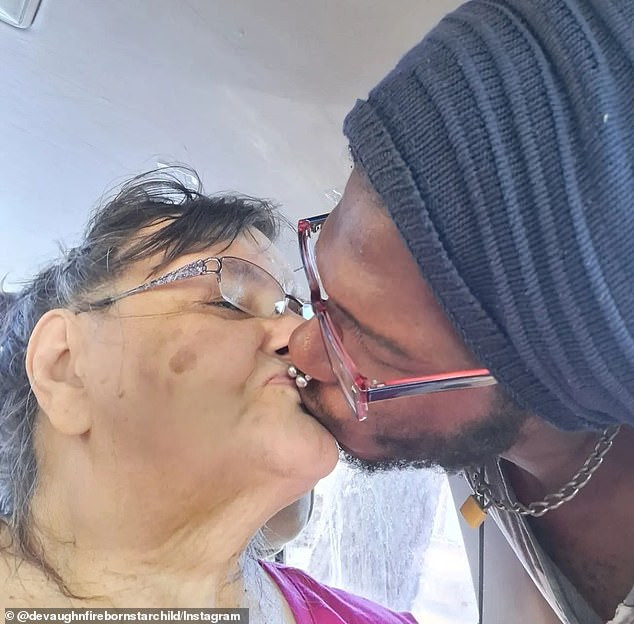 Despite being in the relationship for a while, and with plans to get married next year, the pair have faced some adversity in their relationship.

Kathi said that she usually goes for tall white men and Devaughn was a surprise to her family. She said; 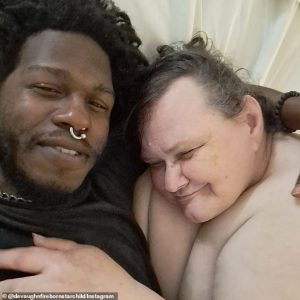 “Devaughn messaged me like many others. I responded and gave him my phone so we could text.

“Something about him made me agree to a meeting, many men say stupid stuff and I won’t meet them, but Devaughn never did.”

Devaughn’s family is supportive for the most part, but they thought he was lying about just how old she was until he showed them pictures.

“I told my mother about her when we started dating but she thought I was joking about her age until we spent our birthdays together and showed her our pictures but I’m sure my parents and siblings got the hint that I like older women.

“I do have friends around Kathi’s age, some are concerned that I might want kids and can’t understand why I would want someone older but they are still supportive.

“Because of our age gap, sometimes people assume that Kathi is rich and that I want all her money, which is not the case at all.

“Some people do say it’s inappropriate but it’s just right for us.”

Prior to meeting, Kathi and Devaughn admitted to living completely different lives, but say their worlds seem to have collided well.

“I’ve been in Texas since my youngest was five. I have had a couple of long term relationships and worked many jobs, sometimes two at a time, I mostly waited tables or in fast food to support my children.”

There are times however that the age gap couple face backlash, especially with their relationship being one outside of the norm. However, they do not let these affect them in any way as the pair say that along with the negative comments come the positive ones with people supporting them. 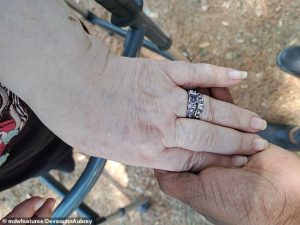 “My best friend thinks it’s wonderful that we found each other,” said Kathi, while Devaughn chipped in saying: “Most people say ‘as long as you’re happy’, and we are very happy”. 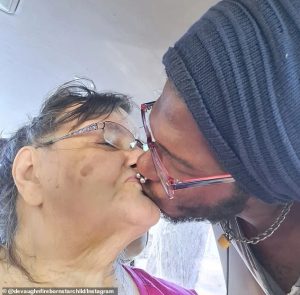 Regardless of the thoughts from their friends and family and strangers, the couple is looking forward to taking their relationship to the next level and building their future together.