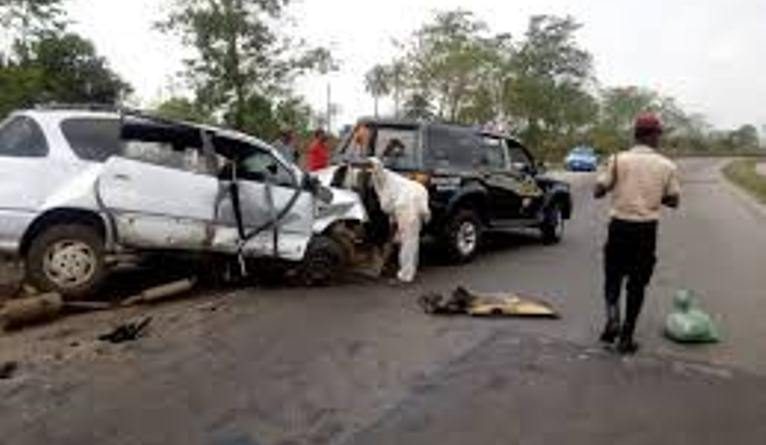 The victims were siblings and a motorcyclist and it was gathered that the siblings boarded the same motorcycle from the market to their home.

An eyewitness Mfoniso Okon disclosed that one of the sisters, Catherine Abang, was a student of Peace Institute of Management and Technology (Peace Poly) in Mbarakom, Abak and had her matriculation ceremony over the weekend.

Okon said that the second one came on a visit and accompanied her sister to the market.

He said, “Catherine Abang, was an indigene of Ogoja, Cross River state who matriculated on Saturday, May 8, 2021, with her biological sister, who came in from Cross River State to witness her matriculation ceremony at Peace Polytechnic, Abak,

“While returning to school from the market on a motorcycle after shopping for food items, they were all run over by a Mack tanker truck and they all died at the spot.”

Speaking on the incident, the Dean of Students Affairs, Peace Institute of Management and Technology (Peace Poly), Comrade Samuel Essien said, the Institution was overwhelmingly sad and heartbroken to hear that Catherine Abang and her sister were involved in such a tragedy barely 48 hours after she pledged to make Peace Polytechnic proud.

However, the Akwa Ibom Sector commander, Federal Road Safety Corp, Olufemi Olonisaye who confirmed the incident to our correspondent in Uyo said the crash occurred on Monday 10/05/21 at about 1845 hours.

Olonisaye who harped on adherence to safety tips urged road users to be cautious especially while overtaking.

‘The crash involved four people, 3 on a bike, plus the rider and the 4th person was the driver of the truck.

“We advise road users to always exercise caution while on the road. They should have value for lives as there are no duplicates. Motorcycle operators should stop conveying more than one person and should wear a safety helmet securely fastened.

“There should be tolerance and considerations for others as the road is not a race track.”