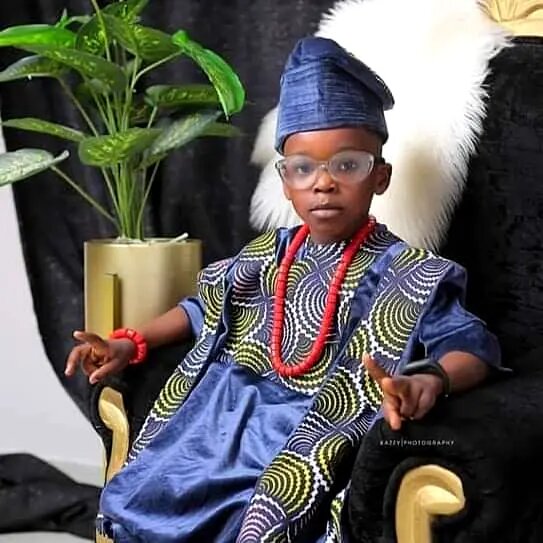 History was made at the palace of Oba Babatunde Ishola Balogun, the Onisolu of Isolu kingdom, Ibeju Lekki, Lagos when the traditional ruler conferred a chieftaincy title of Agbe-Asaga of Isolu Alade on a five-year-old Adebayo Olamilekan, also known as Adigun Olowe.

During the installation, Onisolu, said he honoured Adigun Olowe with the chieftaincy title in recognition of his contributions to the promotion of Yoruba cultural heritage.

Revealed: Why 84-Year-Old Obasanjo Knelt Before 37-Year-Old Olu Of Warri