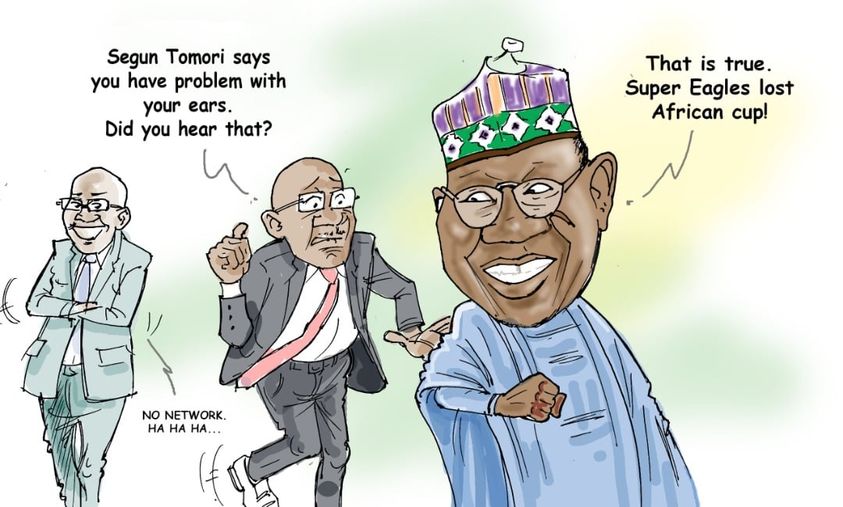 It seems Nigerians are in for a major round of political battle as the race for the APC National Chairmanship takes a twisted turn following the purported endorsement of 75-year-old two times former governor of Nassarawa State, Senator Abdullahi Adamu as the next National Chairman of the All Progressives Congress. 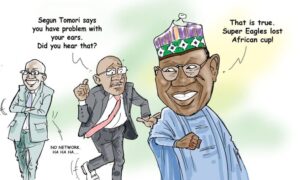 Yesterday the media was abuzz with the headline that Buhari endorsed Senator Abdullahi Adamu as the next national chairman of the APC, the news which was circulated by the Daily Trust went multi viral and was all over the internet.

However, the political family of Senator Al-Makura has kicked against the manipulated publication which it claims is the handiwork of Abdullahi Adamu’s proponents.

Describing the report as a pure misleading article with the intent of promoting Adamu who obviously was never in the equation as regards the favourites for the coveted seat.

According to sources in Senator Al-Makura’s command who spoke with our correspondents but pleaded anonymity queried why Buhari would anoint a new chairman and yet the party did not go ahead with the February 26th earlier scheduled date for the convention?

Speaking to our reporters with so much venom, the source lashed out at Senator Abdullahi Adamu calling him an ambitious old man hell-bent on causing havoc within the APC.

“We know the source of these so-called credible sources as claimed by Daily Trust, we have done our diligent background check only to, unfortunately, find out that it is coming directly from the camp of Senator Abdullahi Adamu.

This is a man who as governor of Nassarawa state was sued by the anti-graft agencies for embezzling 15 billion naira, according to court papers.

The same Abdullahi you say Buhari has anointed him was the same man who as PDP governor of Nassarwa State refused Buhari entry to campaign for the CPC.

We are ready for Senator Abdullahi Adamu and his camp, if they think they can bump into the race with this strategy tell them they have failed, I wonder why a 75-year-old man who ought to be looking forward to his pension after collecting his gratuity should be scripting such lies in other to gain an edge.

Does he think the APC national secretariat is for political retirees? ”

When contacted our source in the political household of Senator Abdullahi Adamu who also craved anonymity replied with equal nastiness describing Al-Makura and its camp as desperados seeking attention.

According to the source, the APC national chairmanship seat is for the” Living and not those Living with Disability” He described Al Makura as one who can’t even hear without interpretation yet he wants to rule a party that is more sophisticated than his personage.

” Tell them { Al -Makura’s} that he who comes to equity must come with clean hands, their principal is a frequent guest to the EFCC, in short, he and his wife have a VIP lodge at the EFCC and they are the one’s shouting corrupt.

The race for the APC chairmanship is for the living and not those with disabilities, a man who can not hear when spoken to claims he wants to lead the APC, please ask him in what capacity?

We are equally ready for their shenanigans, if that is how they want to play it then let us all play dirty and get dirty”

Nigerians have been reacting to the UNVERIFIED report with many tasking the credibility of President Buhari if he actually did endorse any aspirant during his meeting with the APC governors.

Meanwhile in an Open Letter to President Buhari by concerned APC members in Nasarawa State and signed by one Bako Dan Abdullahi the duo of Al -Makura and Abdullahi Adamu who both happens to be past governors of Nasarawa State should not be given the opportunity to serve the APC in any capacity stating categorically that both of them brought nothing but shame to the people of Nasarawa State.

The open letter which was explosive and featured prominently as a paid advertorial in almost all the national dailies yesterday spared no word in describing how treacherous and dubious both former governors can be.

The letter is currently trending and a must-read.