BBNaija reality show star Alex Unusual has reacted to claims of dating BBNaija star Prince wondering how someone could even ask her such a question.

A bold fan in quest of knowing the truth from the horse’s own mouth asked Alex Unusual whether she’s dating Prince in a question and answer and she was just marvelled that someone could actually ask her that.

Wondering whether the question the fan asked was a joke, Alex Unusual said she is not dating Prince asking how can someone even ask her that kind of question, begging fans not to say things that aren’t true. 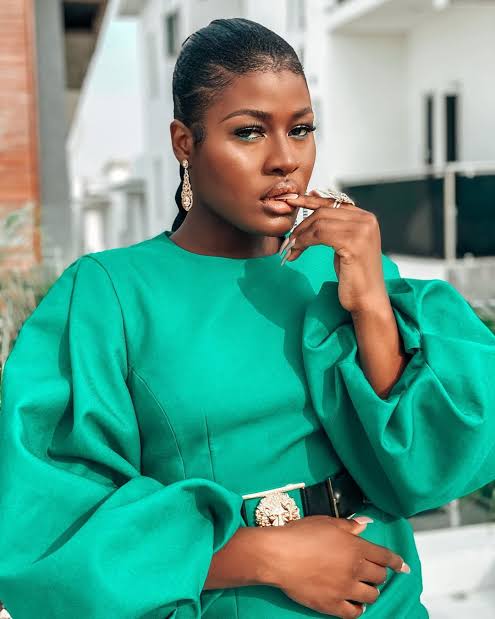 Alex Unusual and Prince became very tight friends after rumours of his relationship with Dorathy were shaking and fans were wondering if he was going out with Alex Unusual reason why he wants to stay away from Dorathy.

But Alex Unusual has made it clear that there’s nothing romantic between them and they are only good friends who have a lot of fun when together nothing more than that hence the shippers association shouldn’t make the mistake of shipping them together. 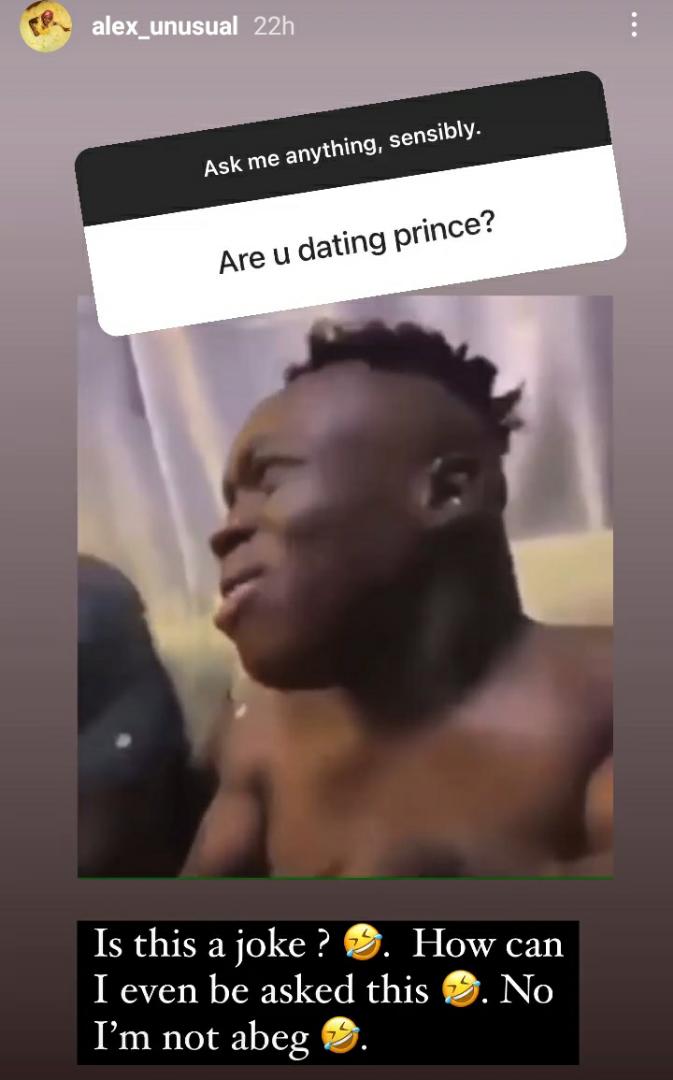 We Are Supposed To Be Given Awards For Surviving Nigeria – Teni