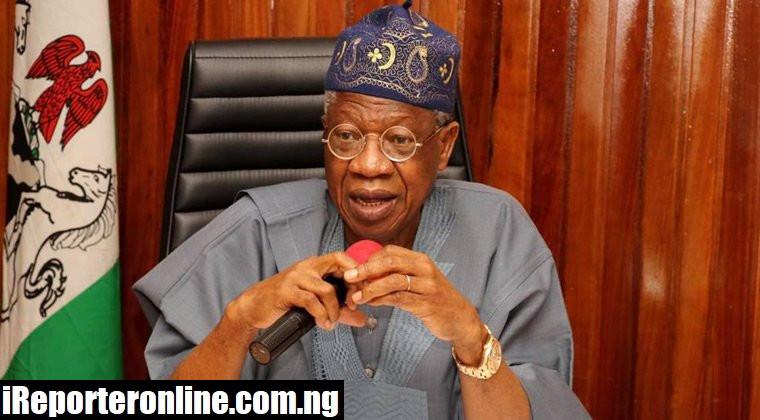 The Minister of Information and Culture, Lai Mohammed, has denied media reports claiming he has contracted the COVID-19 virus and is now in isolation where he is receiving treatment.

There were speculations that Mr. Mohammed might have contracted the virus after Garba Shehu confirmed he had tested positive for the virus.

However, in a statement released by his Special Assistant to the President (Media) Office of the Minister of Information and Culture,  Segun Adeyemi, the minister stressed that he does not have COVID-19 and is neither in isolation nor receiving treatment anywhere.

“The attention of Information and Culture Minister,  Alhaji Mohammed, has been drawn to a report making the rounds that he has contracted the COVID-19 virus and that he is now in isolation, where he is receiving treatment.

“For the record, the Minister does not have COVID-19, hence he is neither in isolation nor receiving treatment anywhere.

“That report, which was first published by an online newspaper and then latched on to by some mainstream lapdog media, once again highlights the uphill task we face in our campaign to stamp out fake news and misinformation.

The Minister was at the Federal Executive Council meeting on Wednesday, an extraordinary FEC meeting on Thursday and also witnessed the swearing-in of the Minister of State for Works and Housing on Friday. All these events took place at the Villa, where the correspondents of many media organisations are deployed. In fact, the Minister coordinated the post-FEC press briefing on Wednesday and Thursday. Could he have done this from the imaginary isolation centre where he was consigned by a mischievous reporter?

As a member of the Presidential Steering Committee on COVID-19, the Minister has the added responsibility of leading by example, hence would not have hesitated to publicly announce his COVID-19 status if indeed he has contracted the virus. After all, he is not only fully vaccinated, he has also taken the booster shot, a situation that offers him different layers of protection even if he contracts the virus. For those who contract the virus, they deserve our empathy and prayers, not stigmatization.”

Edo State Governor Visit The Family Of Uwaila Omozuwa, Raped And Murdered Inside A Church