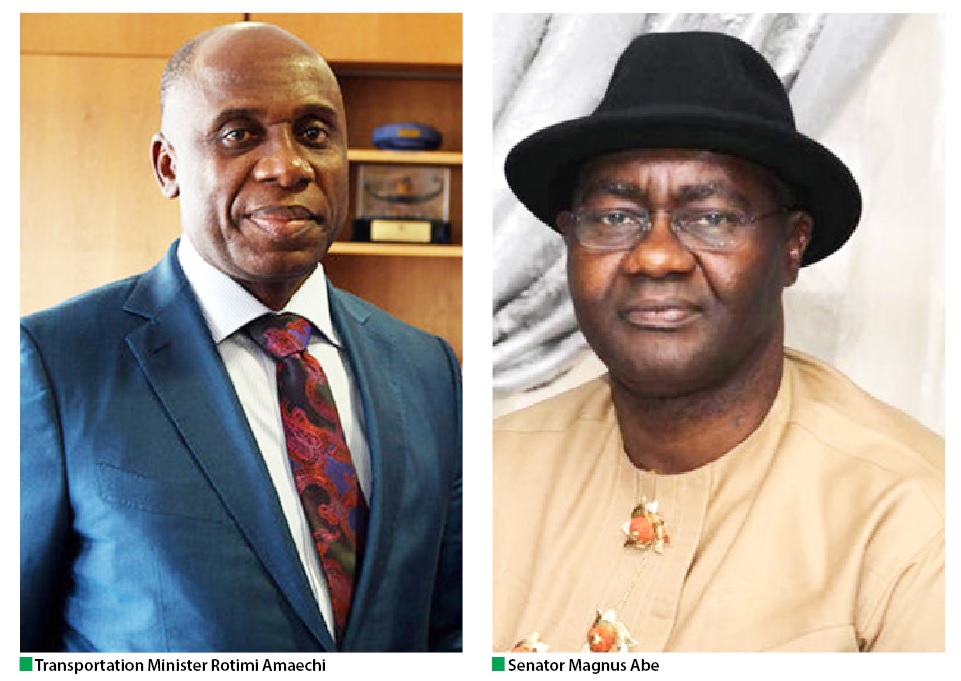 The feud between Minister of Transport, Rotimi Amaechi and Senator Magnus Abe which has left the River State chapter of the All Progressives Congress (APC) in tatters for the last few years may rear its ugly head again as supporters of both politicians are once again at loggerheads over another issue. 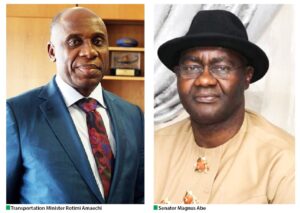 Ahead of the Congresses in Rivers State, loyalists of both Amechi and Abe are already in disagreement over those who are qualified to contest for positions during the congresses.

A chieftain of the party, Innocent Ajaelu who is a loyalist of senator Abe, wants the National leadership of the APC to allow only those who bought nominations forms for the 2018 congresses to take part in the upcoming congresses.

Ajaelu said the call is in compliance with a Supreme court ruling.

Ajaelu also alleged that some party members loyal to the minister of Transportation are already compiling names of “preferred candidates” that would emerge during the congresses.

While calling on the state caretaker committee Chairman of the APC, Chief Isaac Ogbogbula to resign for “incompetence ” the Abe loyalist called on the national leadership of the party to intervene in order to prevent a repeat of the party’s experience in 2018.

Responding to the claims of Ajaelu, the state chairman of the APC, Isaac Ogbogbula dismissed the claims that the Supreme Court only allowed only those who bought nomination forms in 2018 to take part in the congresses.

”There is no decision of the Supreme Court anywhere, where it was held that only those who bought forms in Rivers State in 2018 should participate in the forthcoming congresses of the party. Any person who tells you there is such a decision by the Supreme Court should make it open,” Ogbogbula said.

In the meantime, the APC has extended the deadline for the membership registration and revalidation exercise in Rivers State by two weeks with effect from next Tuesday.

JUST IN: Another Senator Dumps PDP For APC (Photo)

AKA’ABA RECORD ANOTHER GIANT VICTORY AS AGBO CLAN OF ADOGWU IN AJAOKUTA LG FLOORS ABOKOR CLAN OF ONYOKUMI IN COURT.