A chieftain of the APC and a prominent youth leader in Edo State, Amb Johnson Enorense Iyamu has hailed the successful conduct of the APC State Congress, saying it is a new dawn for the party.

In a statement made available to the press, Amb Johnson Iyamu congratulated all the newly elected state executives of the party and prayed for divine wisdom to enable each and every one of them to be able to lead the party towards its desired goals and objectives.

“The successful conduct of our state congress has deepened our internal democracy within the party and positioned her better to remain the party to beat. I sincerely congratulate all the newly elected state executives of the APC and urge them to hit the ground running by re-working the party for future success.

Amb Jonhson expressed the confidence that the Edo State APC executive officers under the watch of Col David Imuse (retd)  would lead the party on the right path for the next four years, galvanise members for more inclusive unity and position them for greater heights in 2023 and beyond.

He commended the leadership of the Party and all the stakeholders for their contributions, comportment and wisdom, which led to the Party’s successful State Congress in the State. 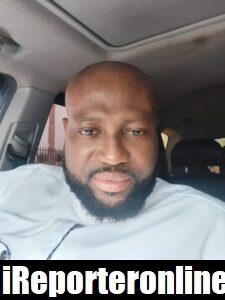 “I wish to express my confidence in our energetic leader, Col David Imuse as the newly elected Party Chairman in the State. It’s a new dawn in Edo State politics with Col Imuse taking over the reins of leadership as party chairman.

It will unite us under that banner of opportunity and lay the groundwork for a new generation of progressive leadership.

The Party is to be commended for the efficient and successful manner in which the election of new officers, who are to steer the affairs of the party for the next four years, was conducted.

We have shown, once again, that we are the Party that has an abiding faith and belief in multi-party democracy.”

He further urged other aspirants who contested against the newly elected executives to rally behind the new leaders to deliver quality leadership for the party.