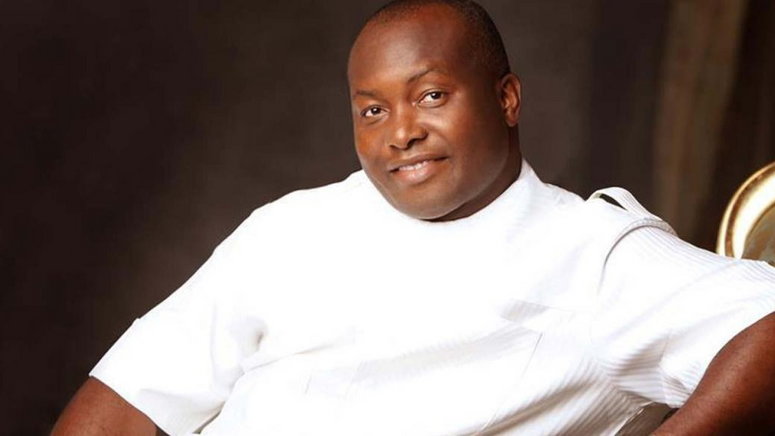 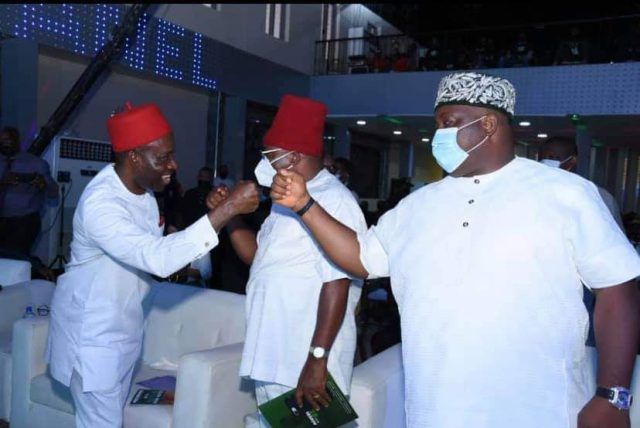 Candidate of the Young Progressive Party (YPP) in the recently concluded Anambra State governorship election, Senator Ifeanyi Ubah, has congratulated the state governor-elect, Prof Charles Soludo on his victory at the polls, while urging other candidates to do same in the interest of the state.

Senator Ubah who represents Anambra South, Soludo’s senatorial zone in the National Assembly, came fourth in the election held on Saturday with 21, 261 votes behind Soludo of the All Progressive Grand Alliance (APGA) who won with 112,229 votes.

Senator Ubah noted that he decided to contest for the governorship seat because he had watched the state’s fortunes dwindle over the years.

He thanked his supporters for their support, noting that ultimately power belongs to God.

“I have just called the newly elected Governor of our dear State; Prof. Chukwuma Charles Soludo to congratulate him on his victory at the just concluded November 6, 2021 Anambra Governorship poll,” he said.

“To everything there is a season, so the Holy Bible says. It is with a heart full of gratitude and submission to the will of God that I address you all today having enjoyed the unique privilege of earning your support to seek the Governorship office of our dear State Anambra.

“The past months have been defining for us in several respects. In the build up to this election, we were bound together by the will and shared vision that now is the time for our state to chart a new course, to make life better and more meaningful for our people. We unveiled a strategic agenda for a new, better and prosperous Anambra.

“After watching the fortunes of Anambra State dwindle for years, we collectively embarked on this journey to translate to reality, the dreams of a better future and shared prosperity for the people of Anambra State. In all, we gave our very best, for conscience and for posterity.

“Our journey has not been that of roses. Our journey has been full of trials, triumphs, ups and downs; nonetheless, in the face of intimidating challenges and complexities, we displayed indomitable courage.”

Ubah who won his own local government, Nnewi North, noted that though the outcome of the overall election was not what he wanted, even as he expressed reservations with what transpired in many polling units, the most important thing at this point to move the state forward.

“Umunne m, this is not the outcome that we wanted and worked so hard for. Although some people have expressed mixed feelings and reactions about the anomalies witnessed across numerous polling units,” he said.

“However, the collective interest of the state must be our paramount focus. Not minding the outcome of the elections, I feel pride and gratitude for this formidable campaign that we waged irrespective of the pervasive security crisis that did not allow us to maximize our full campaign potentials in the nooks and crannies of the State.

“Retrospectively, it is incontrovertible to state that our campaign has helped expand the wider narrative of democracy and good governance in Anambra State. In spite of the outcome of this election, our dreams of a better Anambra State remains sacrosanct.

“As a Democrat and law abiding citizen, I wholeheartedly accept outcome of the election and would like to use this medium to congratulate Prof. Charles Soludo on his victory. It is imperative to state that I do not intend to challenge the electoral results as announced by the Independent National Electoral Commission (INEC) through any court or judicial process.

“I, therefore urge my fellow contestants to move on and thread this same path of honour.

“Irrespective of all the challenges that we faced, the electoral result proves that YPP is here to stay.”