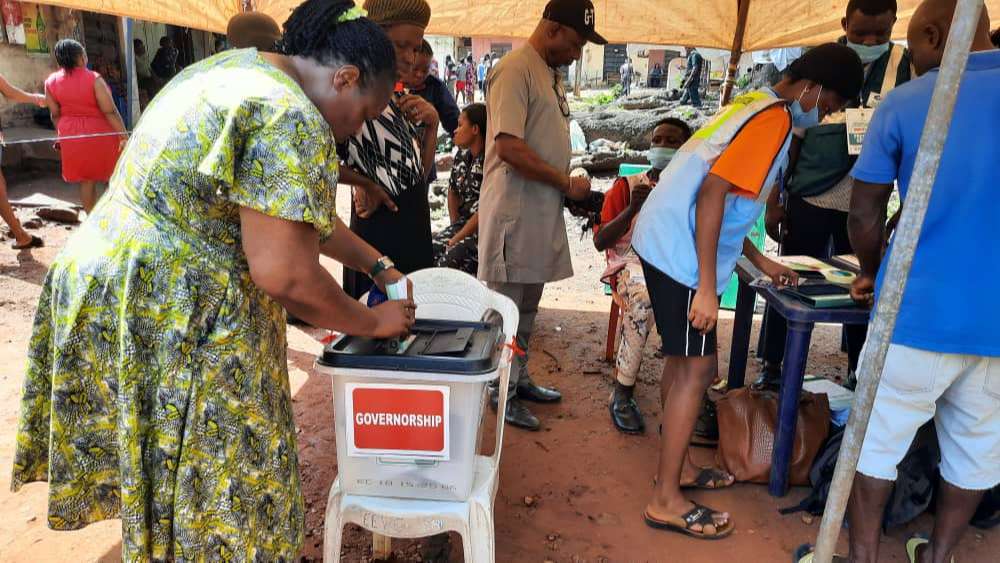 Candidate of the All Progressives Grand Alliance (APGA) Prof. Chukwuma Soludo has defeated his opponents in their Local Government Areas, LGA.

Soludo polled 9,136 votes in Aguata LGA, to defeat Andy Uba of the All Progressives Congress, APC and Valentine Ozigbo of the Peoples Democratic Party, PDP.

The three major contenders in the Anambra governorship election are from Aguata.

Andy Uba came a distant second after securing 4,773 votes while Valentine Ozigbo of the PDP followed closely with 3,798 votes.

Slim Ajake, the LGA returning officer, who announced the result on Sunday said the election did not hold in some units in four wards.

According to him, the total number of registered voters in Aguata LGA is 14,4766 and the affected wards are Umuchu I Ekwulobia II, Igbo-Ukwu I and Igbo-Ukwu II.

Anambra Election: Results From 8 LGAs Announced So Far By INEC