The Anambra State governorship election has come and gone, with the former governor of the Central Bank of Nigeria, CBN, Professor Chukwuma Soludo, the candidate of All Progressives Grand Alliance, APGA, sweeping the polls and has been declared the governor –elect. He will be sworn in on March 17, 2022 when the incumbent governor, Chief Willie Obiano would end his tenure. 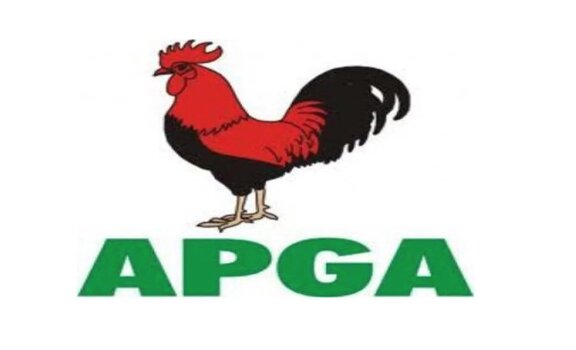 The emergence of Soludo as the winner of the election did not come easy, particularly considering the number of notable politicians that defected from his party, APGA, to the rival All Progressives Congress, APC, in the build up to the election.  Initially, the defections looked like a joke, but when it became a daily occurrence ahead of the election, many people thought APGA was finished.

Indeed, the situation was so disturbing to die-hard APGA members despite the assurances of the Governor Willie Obiano that nothing would stop Soludo from succeeding him. Even the candidate of APC, Senator Andy Uba, who was enjoying the euphoria of the defections, said at one point that APGA might collapse before the election. But all that had become history as APGA swept the poll by winning in 19 local government areas and scoring and getting 25% of the votes in the remaining two.

Roll call of defectors to APC

Apart from the lawmakers, there were dozens of Governor Obiano’s aides who also joined APC. Chief Chuma Nzeribe, who was a governorship aspirant in PDP also jumped into APC, just as a member of Board of Trustees of PDP, Senator Joy Emeodi and a member of the state executive committee of PDP, Sir Chris Chikwelu also dumped their party to join the APC train.

The surprising thing was that most of these people who joined APC before the November 6 election lost their constituencies to APGA and Soludo. For instance, the deputy governor, Dr Nkem Okeke lost his Njikoka constituency to APGA. He even lost in his polling booth. Also, Ezenwankwo representing Orumba federal constituency lost his ward, while Ifeanyi Muoma was beaten hands down in his ward 5 in Okija.

Ifeanyi Ibezi, who was boasting that he was the person responsible for the electoral fortunes of APGA in Idemili over the years also lost the area to Soludo. In fact, votes from his Abatete community were cancelled by INEC because of alleged monumental electoral malpractices in the area.

The case of Hon Chukwuma Umeoji of Aguata federal constituency was unique. The lawmaker participated in the APGA primaries with Soludo and when he lost, he headed to a court in Birnin Kudu in Jigawa State to challenge the leadership of the party following his alignment with a factional chairman. He pursued the matter up to the Supreme Court and when he eventually lost, he quickly defected to APC, thereby fueling the speculation that his court cases were sponsored by another political party to weaken APGA.

For the seven members of the state House of Assembly who decamped from APGA to APC, votes garnered by their new party in their various constituencies questioned the genuineness of their membership of APC as it appeared that they did not add any value to APC. Take the case of Nonso Okafor representing Nnewi for example. He won election to the house based on his popularity and the noise that trailed his defection to APC was such that some people were even suggesting that he might defeat Senator Ifeanyi Ubah, the governorship candidate of YPP who is also from Nnewi and has a firm control of the industrial town. However, the abysmal performance of APC in Nnewi created the impression that it was APGA that was popular in his area and not him as an individual.

The other state lawmakers that defected to APC also suffered the same fate in their areas as none of them delivered his local governments to APC. Senator Stella Oduah, who was considered a political juggernaut in Anambra North senatorial zone, could not even deliver her Ogbaru local government, as   the local government was won by PDP, while APC came a distant third in the area.

Similarly, Hon Chris Azubogu who had held sway in his federal constituency for the past 12 years and was dubbed Mr. Project because of the people –oriented developmental programmes he embarked upon in the area and even beyond the federal constituency could not deliver any of the three local governments of Nnewi North, Nnewi South and Ekwusigo for APC during the governorship election. Recall that Azubogu was even a leading governorship aspirant in PDP before he defected to APC after losing the ticket of the party.

Lynda Ikpeazu who has represented Onitsha federal constituency on the platform of PDP surprisingly dumped the party for APC in the twilight of the campaigns and paid dearly for it as APGA defeated her in the commercial city. It was the same fate for Hon Ofumelu in Oyi/Ayamelum federal constituency where APGA also cleared the votes.

In Ihiala, Chief Chuma Nzeribe, who is the deputy director in charge of security directorate in the Andy Uba Campaign Organization, was roundly beaten by APGA and Soludo in his ward. Senator Joy Emodi was also beaten in Onitsha by APGA despite her popularity in the area.

Other surprises in the governorship election include the loss of Anaocha local government by both former Governor Peter Obi and Senator Uche Ekwunife who was the chairman of Val Ozigbo Campaign Organization. Although the state chairman of APC, Chief Basi Ejidike won his polling unit in Onitsha South, his party lost the local government to APGA despite all the permutations that APC would clear the area because of his popularity. The state chairman of PDP, Chief Ndubuisi Nwobu could also not deliver his Awka South local government area to his party despite the fact that he is a grass root politician. In the same vein, the Minister of Labour and Employment, Senator Chris Ngige lost his Idemili South to APGA, a development that was considered unusual.

While some people believe that the superiority of APGA at the polls was indicative of its grass root appeal in the state, others said the personality of Soludo did the magic, especially after his spectacular performance during the political debate organized by Arise News Television before the election. There  were also insinuations that some of the people that defected to APC went there with their body and not with their soul and that they might be heading back to APGA now that the election is over.

It was also gathered that the leadership of APC is studying the voting pattern in the election for the purpose of determining what actually went wrong despite the high hopes of emerging victorious few weeks to the governorship poll.

People of Anambra were also determined to vote candidate of their choice. There allegations of vote-buying. While some accepted the money some party agents offered, many rejected it, opting to vote according to their conscience which appeared unprecedented in Nigeria’s elections.