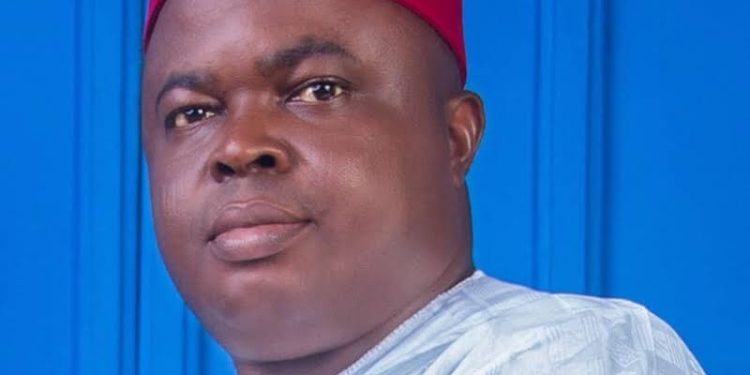 Okoye who is Director Political Matters Southeast Presidential Support Committee obtained the form at the APC secretariat Abuja where he assured that with a free and fair primary election he will emerge as the party’s flag bearer.

Speaking to newsmen in Anambra Okoye said that he also met with his coordinators in the 21 local government areas of the state to gather reports and a way forward to win the party’s nomination in June primary election.

He said that if given ticket of the party, he will comfortably win APGA and PDP during the main election as the party has all it will take to win the November 6 election based on numerous federal government presence in the state and other parts of the Southeast zone.

He said that he decided to run after wide consultation to come and rescue the state from decay occasioned by bad governance, saying that as a neutral somebody, a grass-root mobilizer and youthful contestant he will make a great impact in the election.

The presidential aide further urged the APC to support his aspiration and unite to support anybody that will emerge at the primary election in order to win the governorship election.

He, however, said that APC led administration has attracted many projects in the state especially the Second Niger bridge and Enugu-Onitsha expressway which he said was on the verge of completion.

“If elected, I will restore local government autonomy and conduct election into the council areas within three months of my administration. I will never disappoint you, nobody is sponsoring me, I’m on my own. I’m coming to rescue Anambra from underdevelopment.

“APC will win APGA and PDP in November 6 election but we need to unite to support any candidate that emerges as part’s flag bearer. I will collapse the APGA structure in the state before the election.

“My major reason and target to be governor is to reposition the state to the national level, unify the state and take it to the federal level so that we can utilize the potentials at that level. We need total overhauling of the system in the state” Okoye stated.