Two yet-to-be-identified men have been burnt by some angry youths around Ekwusigo, Ekwusigo Local Government Area of Anambra State.

They were allegedly caught while they were attempting to steal a tricycle, popularly known as Keke Napep, from its owner.

This caught the attention of some people who mobbed and started beating them.

The two were beaten to a pulp before they were later burnt to death.

Details of the incident were still sketchy as at the time of filing the report. 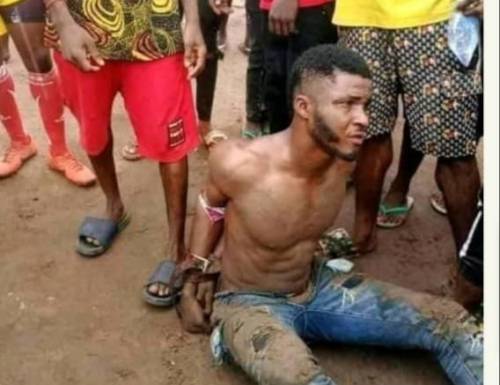