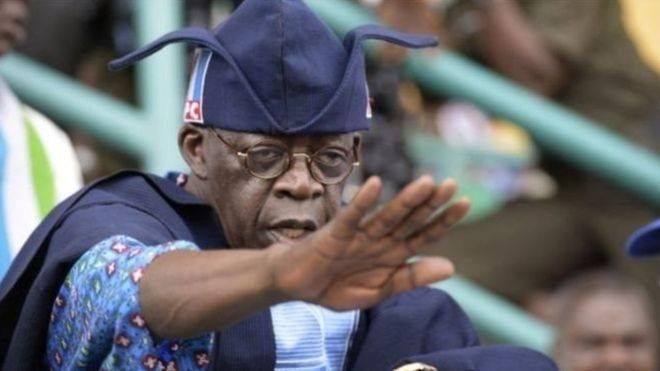 It took me two hours of laughter before I could sit down and compose this short skit. I stumbled upon the famous prank by a young 16-year-old boy, Eman Kellam who pranked the dad that he had impregnated a 14-year-old white girl in America.

The drama was so much that the dad went into a frenzy and started shouting Funke, Funke, Apostle would hear of this, Jesu, Jesus is Lord.

Since then Apostle would hear of this is a household term expressed to blow the trumpet when strange stories are heard.

I almost fainted with laughter today while following a thread on a Whatsapp group where major political activists hang around and trade jabs at each other in mockery of their preferred choice aspirants for various elective positions.

The past two months were actually dominated with numerous post of how Tinubu would be betrayed by the South-West the North, and even his immediate constituency the APC.

However, in what seems like a return strike, pro-Tinubu forces are hitting hard on their vilifiers back to back.

The subject trend now is the statement the Ooni of Ife and Nuhu Ribadu recently made about the Jagaban. Of course, their response has served as a knockout punch to the anti-Tinubu group.

The former EFCC chairman Nuhu Ribadu was quoted as saying,

“One state we investigated most during my tenure as EFCC Chairman is Lagos. We sent information to all our allies in the Metropolitan Police, the FBI etc. I remember I told the National Assembly when EFCC could not get any wrong about Tinubu in Lagos, I said we must wait for the international community because they were also doing their investigation. We were all waiting to expose Lagos corruption but even the international community didn’t indict him, they found nothing. That is why LAGOS under Tinubu was the only state EFCC didn’t charge to court…..”

That was a big nightmare to the anti-Tinubu camp especially coming out at a time the naysayers fruitlessly tried to fly the kite that Tinubu was under an EFCC probe.

Then boom the Ooni was quoted days ago as saying…

“My prayer to Almighty God, the Creator of Universe is to give me the type of glory and support HE gave The AKANDA EDA OMO OODUA Asiwaju Bola Ahmed Tinubu….” Opari!!! Ooni of Ife.
Dem say wahala be like bicycle wey no dey use fuel.

Anyway as a tafia agent I say make I tell una how Tinubu matter dey spread pains to some people, as we speak about 11 group members exited the group over the taunting of members by Pro Tinubu’s camp.

But I won’t leave you guys without playing the prank.” Funke Funke Apostle must hear of this”