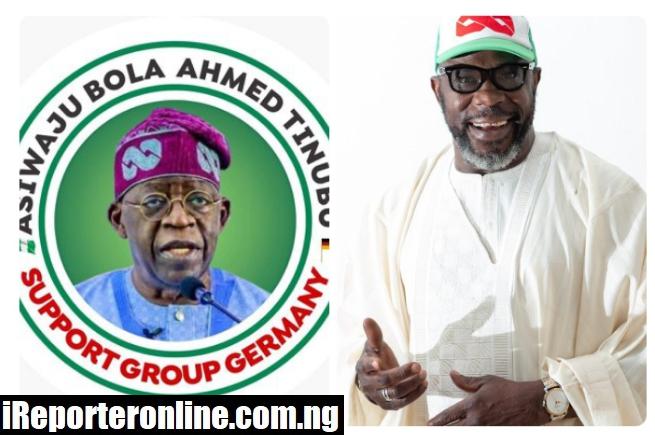 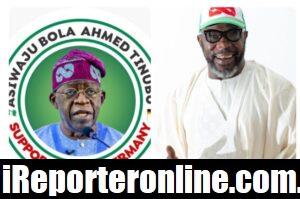 ABAT Support Group Germany has over fifty thousand (50,000) registered members across Nigeria and overseas. It has a presence across the thirty-six (36) states of the federation including the Federal Capital Territory, Abuja. The activities of the Political group are coordinated by its executive officers.

The group has its headquarters in Germany. It has active membership in the United States of America, Canada, France , United Kingdom, Netherlands, Austria and the United Arab Emirates. its global spread is second to none.

According to the Director-General, Hon. Olalekan Oyadiran, the Asiwaju Bola Ahmed Tinubu Support Group Germany group is solely funded by the founding members and its Associates in Nigeria and Overseas.

With its large members and national spread, the Political group has recorded huge success through continuous propagation of the progressive ideas of Tinubu which have contributed immensely to national development and growth.This action has built up large followership for Tinubu across the six geopolitical zones in Nigeria.

” The train of progressive politics in Nigeria is fast fading. Asiwaju Tinubu being the most notable and revered custodian need national supports to uphold politics without acrimony. selfless Politicking is what we need in this clime to overcome our socio-political problems”, Oyadiran emphasized.

Oyadiran however urged Nigerians to support Tinubu as he declares his presidential ambition next year to ensure a Paradigm shift in the country.

Speaking further, the Director-General, Oyadiran said “We are set to campaign for Asiwaju Tinubu to actualise his presidential ambition. What (votes hunting) some people are just planning today, we have envisaged it in the last six years so you can see that the level of our preparedness is unmatched”.

Since its establishment, the ABAT SG has embarked on citizen empowerment Programme and social intervention across religious beliefs and ethnic groups in Nigeria. It plans to empower one hundred (100) members for a course that is worth $1,000 for self-sustainability and employability.

“The mandate to support the aspiration of Asiwaju Tinubu is one that will catapult this country to socioeconomic prosperity. Tinubu, A Versatile and Knowledgeable mind will mend all the line of faults that have been deepened in recent times”, Oyadiran reteirated.

“In addition, our group (ABAT SG) is a socio-political group that is different in the delivery of our objectives. It also seeks to provide young and active minds with a platform to aspire to progressive political participation. The future belongs to the youth and any plan that excludes them is a plan in futility”, He concluded.

In an exclusive interview with Citizen NewsNG, the Lagos State Coordinator of the ABAT Support Group Germany, Hon. Bolaji Onabanjo said: “We are an independent campaign group and we are changing the narrative of Nigerian politics; We shall give the ordinary Nigerian a platform and an opportunity to make the desired change to move our nation forward”.

He stated that ABAT Support Group Germany is solely behind Asiwaju Bola Ahmed Tinubu to realise his 2023 presidential ambition.

Hon. Onabanjo however vowed that the group has the mandate to deliver at least 5 million votes for Tinubu in 2023.

He stated further that the ABAT SG Germany had intensified its Mobilisation machineries at the grassroots to bring onboard different ethnic groups, Technocrats, Professionals, Power brokers, Religious leaders, Artisans, Trade Unions among others across the Niger.

Amid increasing calls on Tinubu across the country to contest, the former Lagos State governor has not declared his intention to run for the Presidency.

Political Analysts however projected Tinubu as the most qualified, popular and formidable Individual among other Politicians who have shown interest in the Number One seat in the country.