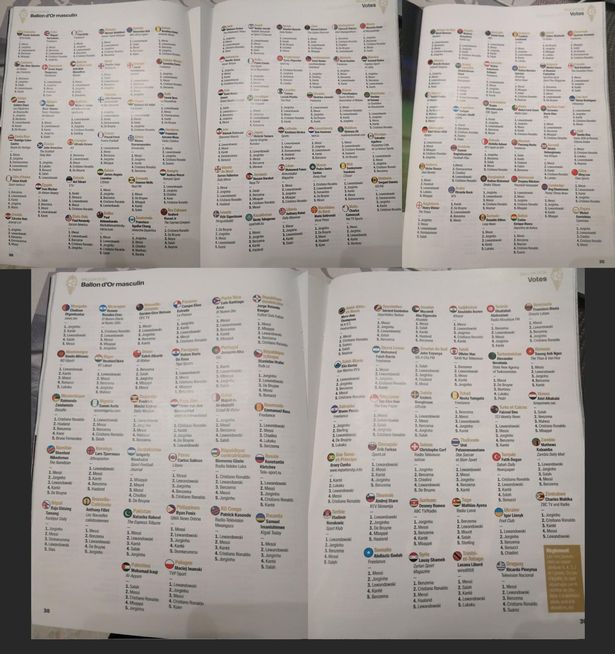 The award was determined by journalists from FIFA’s national associations.

Only one journalist per country can vote. Those participating get to vote for five players. They are allowed to select players who play in or are affiliated with their own country.

Graphics, posted on to Twitter by @TheEuropeanLad, show how every journalist voted in the 2021 Ballon d’Or.

View how the voting went in the images below…

Pascal Ferre of France Football voted for Lewandowski to win, followed by Messi and Benzema.

Some of the journalist’s votes were either plain bizarre or just extremely surprising.

Comores’ journalist, James Golden Eloue, voted for Benzema to win and didn’t include Messi in his top five, as did Togo’s Mathias Ayena.

Taras Hlypenko of Kyrgyzstan voted for Cristiano Ronaldo to win it all and also didn’t include Messi in his top five, as did Turkey’s Fatih Dogan.

While Portugal’s Joaquim Rita didn’t include Ronaldo in his top five at all, despite being eligible to do so.

Rita instead voted for Kante to win, with Messi not making his top five either.