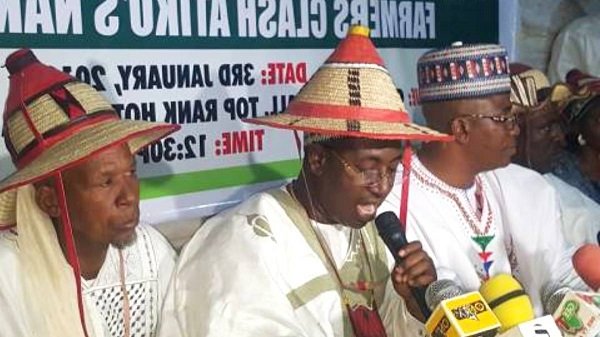 Fulani socio-cultural organization, Miyetti Allah Kautal Hore, has described the 17 governors of the southern States as jokers for banning open grazing in their region.

The National President of the Association, Alhaji Bello Bodejo, stated this in an interview with Daily Sun in Abuja.

“Governors don’t have the constitutional power to do what they have done. Though they have the right to make pronouncements or suggestions, but it’s not binding to us because there is no constitutional backing to that. They are all jokers.”Bodejo said

According to Bodejo, Fulani herdsmen in the south have a right to remain there and do their businesses legitimately because they are Nigerians and should be allowed to trade peacefully anywhere in the country.

The leader of the herdsmen group also distanced the group from last Sunday’s attacks in Igangan in Ibarapa North Local Government Area of Oyo State.

He challenged the police and other security agencies to quickly investigate, apprehend and prosecute people found to be involved in the attacks to serve as a deterrent to others who might want to perpetrate such criminal act.