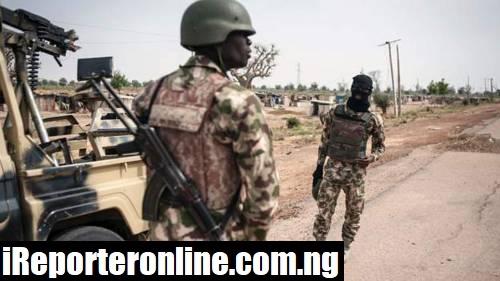 The situation forced residents to scamper for safety and remain indoors as the shelling continued, a military source told SaharaReporters.
Since the death of JAS leader, Abubakar Shekau, ISWAP has been consolidating its grip in locations around Lake Chad.
Just recently, it appointed Wali Sani Shuwaram, a 45-year-old as the new Leader (Wali) of ISWAP in Lake Chad.
The sect’s membership has swollen with the defection of hundreds of Boko Haram fighters under Shekau.
The Nigerian Army has repeatedly claimed that insurgency had been largely defeated and frequently underplays any losses.
The terror group has been responsible for over 50,000 deaths and displaced millions of individuals mainly in Adamawa, Borno, and Yobe states.