The Federal High Court, Abuja has directed the Department of State Service to produce the detained aides of Sunday Igboho in court on July 29. 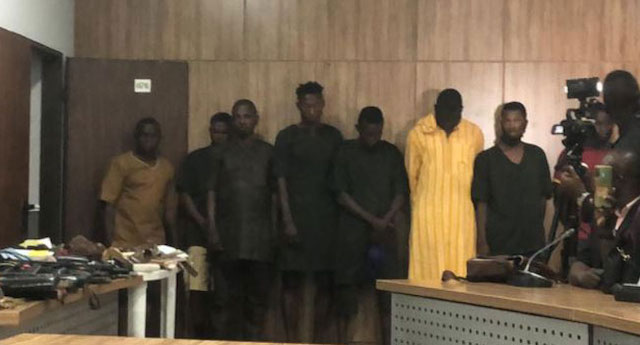 Justice Obiora Egwuatu stated this after the court granted the applications of the 12 detained aides of the Yoruba Nation agitator.

The judge also ordered the secret police to show cause why aides to the Yoruba Nation agitator should not be granted bail.

The matter was adjourned to July 29 to take place during the court vacation.

Recall that the detained aides of Igboho instituted a suit against the Department of State Services and its Director-General, Yusuf Bichi.

READ ALSO: JUST IN: Nigeria Govt Yet To State Charges Against Igboho – Lawyers

Counsel to the aides, Pelumi Olajengbesi, moved his ex parte motion praying the court for an order “mandating and compelling the respondents to produce the applicants” to enable the court “inquire into the circumstances constituting grounds of their arrest and detention” since July 1, 2021, and where it seems fit grant applicants bail.

They also sought the order of the court mandating and compelling the respondents to produce the applicants before the court and “show cause as to why the applicants should not be granted bail by the provision of section 32 of Administration of Criminal Justice Act 2015 and other extant laws in Nigeria.”

Olajengbesi argued that the applicants are citizens of Nigeria with inherent rights.

Focus: Even My Weakness Creates Wealth For Vendors – See Some Inspirational Quotes By Tinubu That Freezes Haterz