The university started operating in 2008. At the opening ceremony, the former Zambian President, late Kenneth Kaunda was the Chancellor of the university.

The university has different campuses across the country including a campus in the capital city of Kampala.

“Welcome aboard Goodluck Jonathan as you take over as the Chancellor of CUU. We look forward to this new era and achieving great things under your leadership. Success begins at Cavendish!” 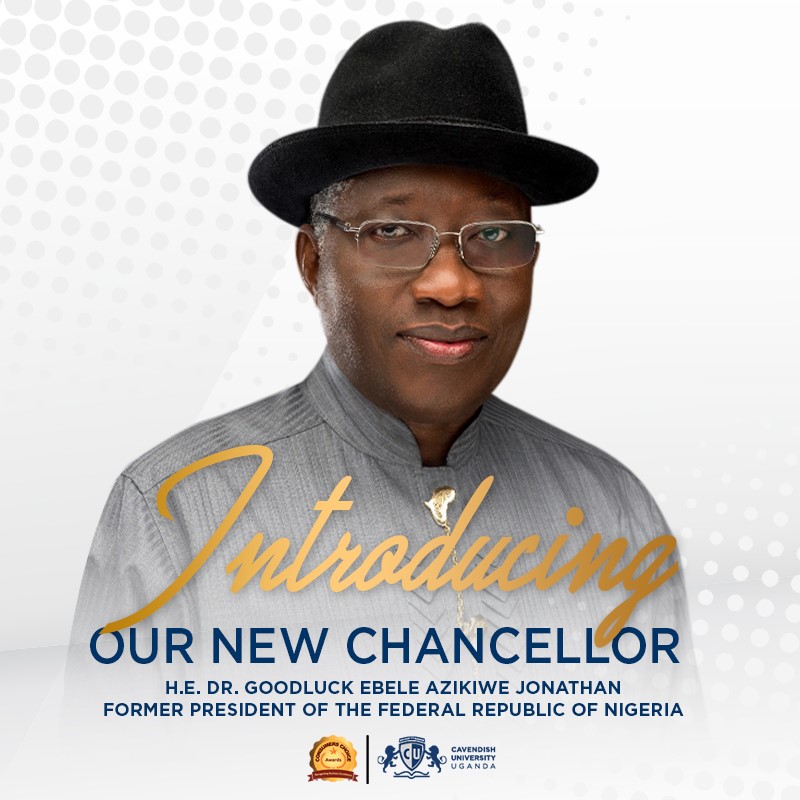