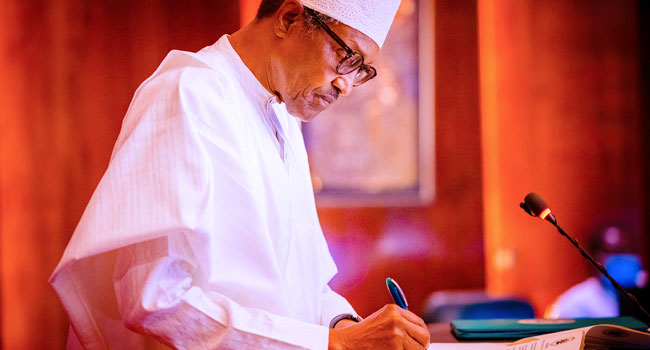 The President, Major General Muhammadu Buhari (retd.), has approved the reconstitution of the Board of the Federal Mortgage Bank of Nigeria.

This is with a view to repositioning the bank as a core banking institution with core competence in mortgage finance.

This was disclosed on Femi Adesina’s official Facebook wall, and signed by the Senior Special Assistant to the President on Media and Publicity, Garba Shehu on Thursday.

Earlier this year, Buhari had appointed Mr Ayodeji Ariyo Gbeleyi, a Chartered Accountant and a virtuoso in finance, as Chairman of the Board, FMBN.

”On the new Board, Hamman Madu, representing the North-East zone with a background of over 30 years in the mortgage industry, is the Managing Director and Chief Executive Officer.

Others listed by the presidency included ”Abimbola Asein from the South-West zone – representing the Federal Ministry of Works and Housing; Ejezie Sandra Nkechi, South-East – representing the Public, as well as two representatives of the Central Bank of Nigeria”.

Accordingly, the appointment of the Board ”takes effect from April 13, 2022, with the exception of the Chairman, Mr Ayodeji Ariyo Gbeleyi, whose appointment took effect from January 5, this year”.