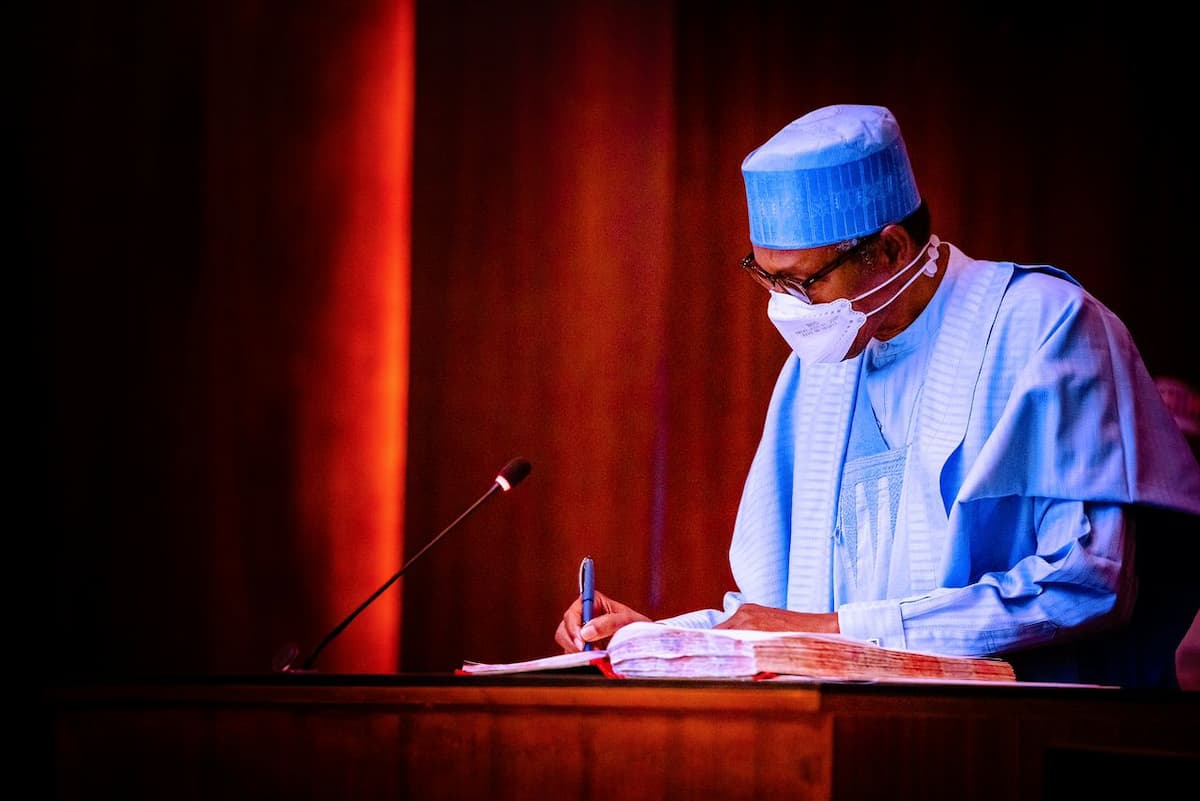 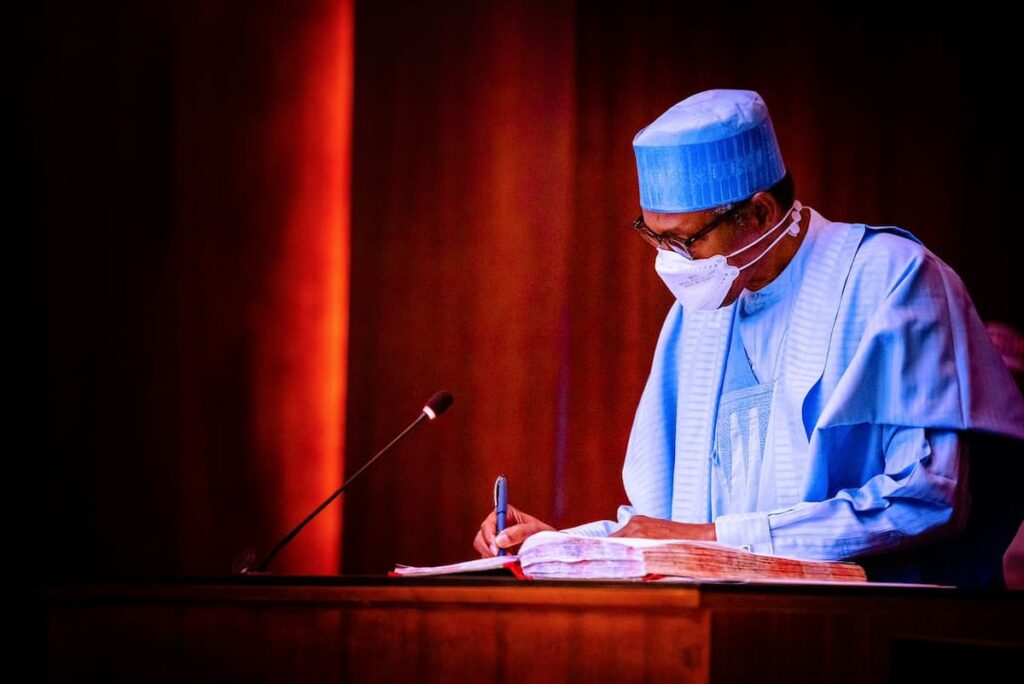 The brief ceremony took place shortly before the commencement of the weekly Federal Executive Council (FEC) meeting at the State House in Abuja.

Meanwhile, the president is currently presiding over the weekly federal cabinet meeting at the council chambers of the Presidential Villa.

Other Ministers and Head of Civil Service of the Federation,Folasade Yemi-Esan, are participating virtually from their respective offices in Abuja.

On Your Mandate, We Stand Reveberates As Tinubu Attends Meeting With APC Current And Past Speakers(Video)