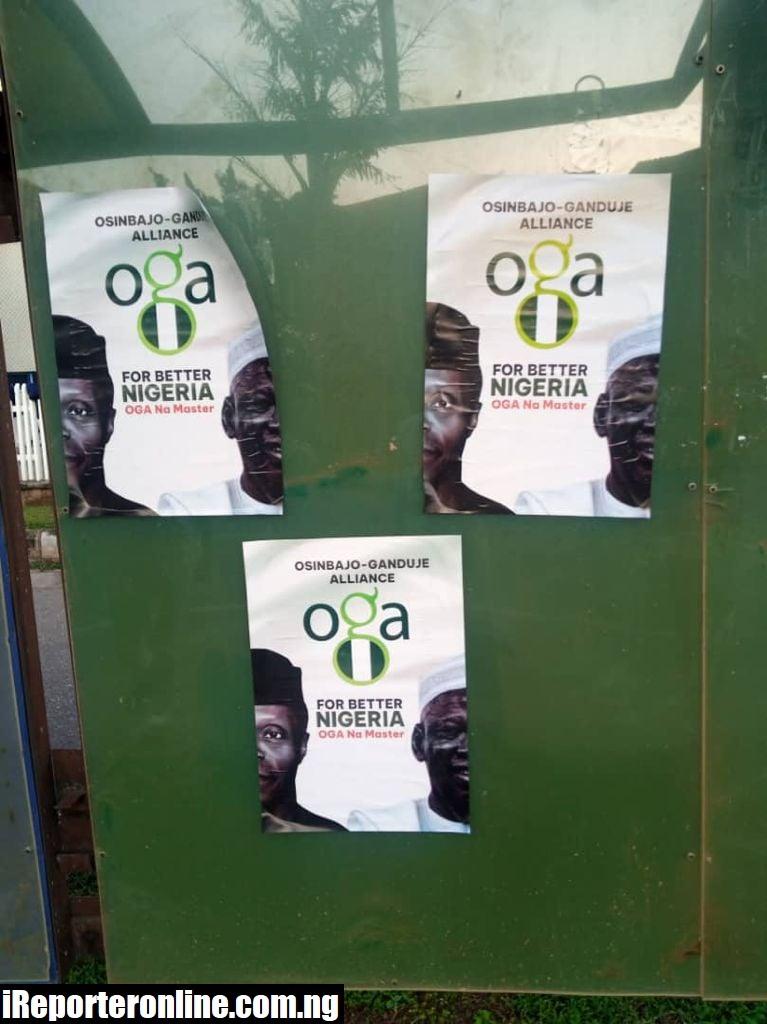 Campaign season is once again upon us.

The latest evidence of this to hit Abuja are the posters of a group called the “Osinbajo-Ganduje Alliance”, as support groups are beginning to roll out posters and position themselves ahead of the 2023 presidential election. 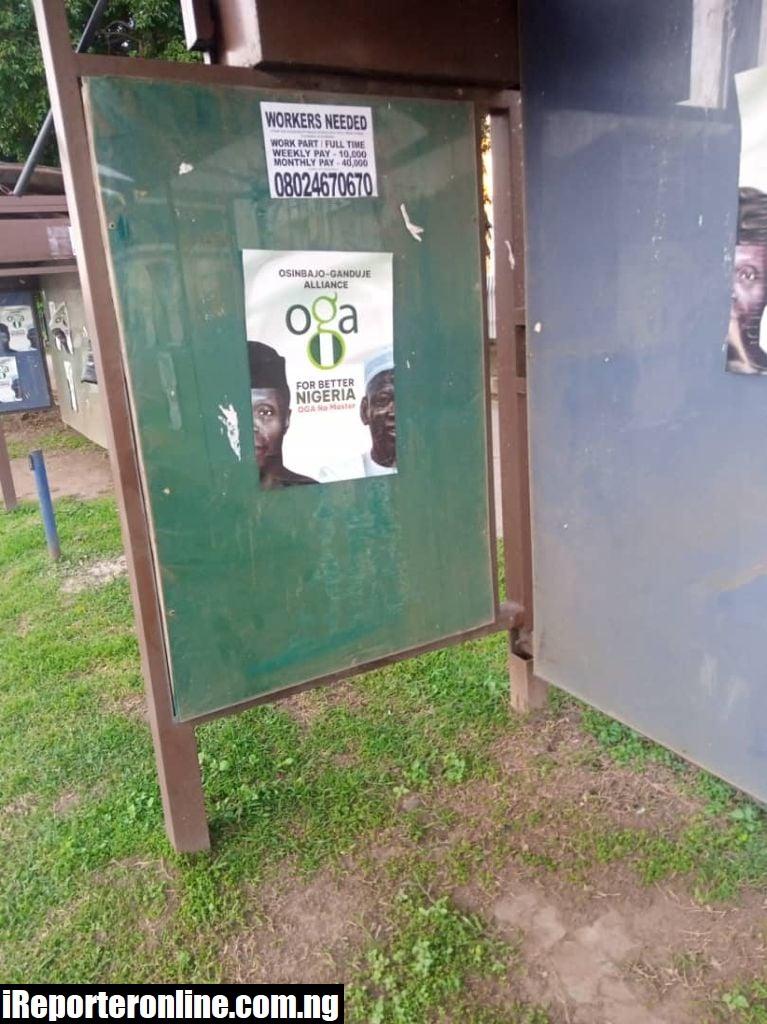 A statement signed by Messrs Oluleke Mose and Bello Adamu Mohammed of the Osinbajo Ganduje Alliance support group says, “Vice President Osinbajo and Governor Ganduje have both offered the most plausible solutions to ending the security crisis occasioned by the farmers-herders crisis across the country. We believe that if power rotates to the South, Osinbajo is best placed to unite, heal and inspire our great nation. We also firmly believe that Ganduje’s antecedents as Governor of Kano make him the perfect Northern vice presidential candidate to Osinbajo; one who will advance and protect the interests of a Northern Nigeria plagued by poverty and insecurity.”

Most political pundits believe that Vice President Yemi Osinbajo is quietly nursing a Presidential ambition, while Governor Abdullahi Ganduje, whose tenure ends in 2023, has publicly expressed his support for a Southern President.

The ruling All Progressives Congress (APC) is most likely to zone its Presidential candidate to the South of Nigeria, after eight years of Buhari and based on a purported gentleman understanding reached between the founding members of APC in 2014.

Kano in North West Nigeria is renowned for its politics and boasts of the largest voter turn-out figures in Nigeria. Lagos, Osinbajo’s political alma mater, has arguably become the hub of political influence and activity in the South of Nigeria.

As concerns around Tinubu’s health and age have grown, there is mounting opposition to Tinubu’s ambition within the APC; and more politicians and pundits in the South are beginning to talk and play up the prospects of younger Turks within the APC like Prof. Osinbajo, Gov. Kayode Fayemi and the former governor of Lagos Babatunde Fashola (SAN).

Gov. Abdullahi Umar Ganduje, a PhD holder in Public Administration who served then defeated his erstwhile political godfather Gov. Rabiu Kwankwaso, belongs to a moderate group in the APC and North that believes the next President of Nigeria should come from the South.

Pairing a sitting Vice President from the second-largest voting zone in Nigeria with a governor from the largest voting zone in the country could be a political masterstroke for votes in 2023. However, as the APC appears to have conceded that power rotates to the south, and as consensus grows around Prof. Osinbajo’s candidacy, it is anticipated that the contest for the Vice-presidential slot amongst Northern APC politicians will start to assume center stage.

No official reactions have come from the Vice President or Governor’s offices. 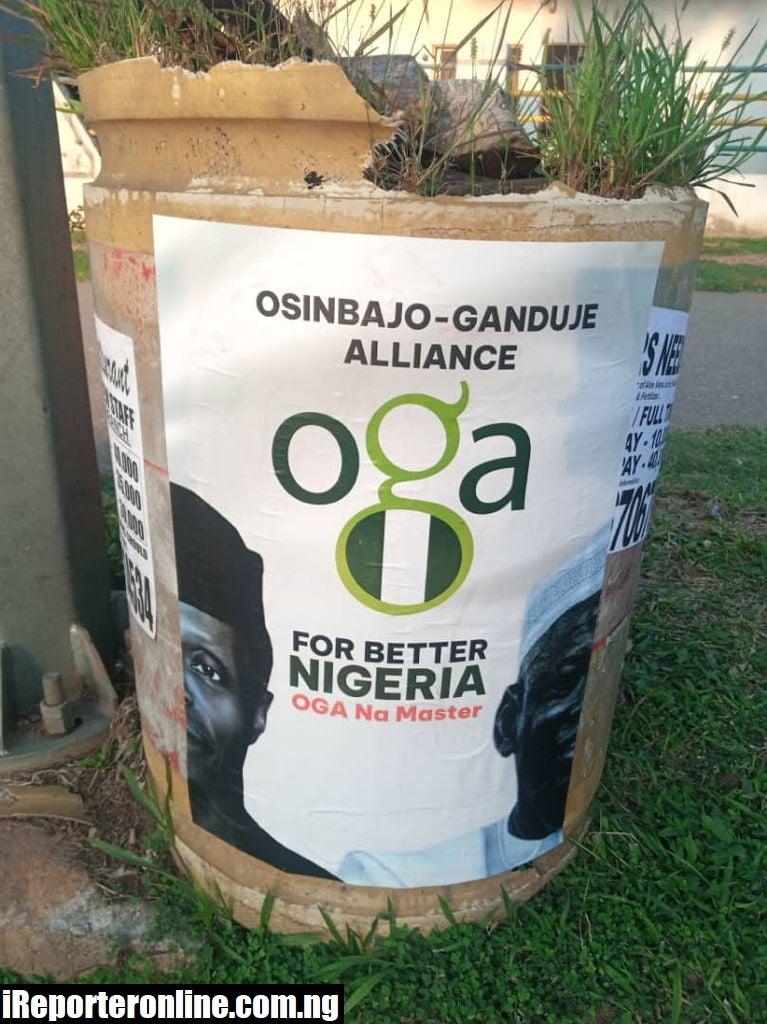 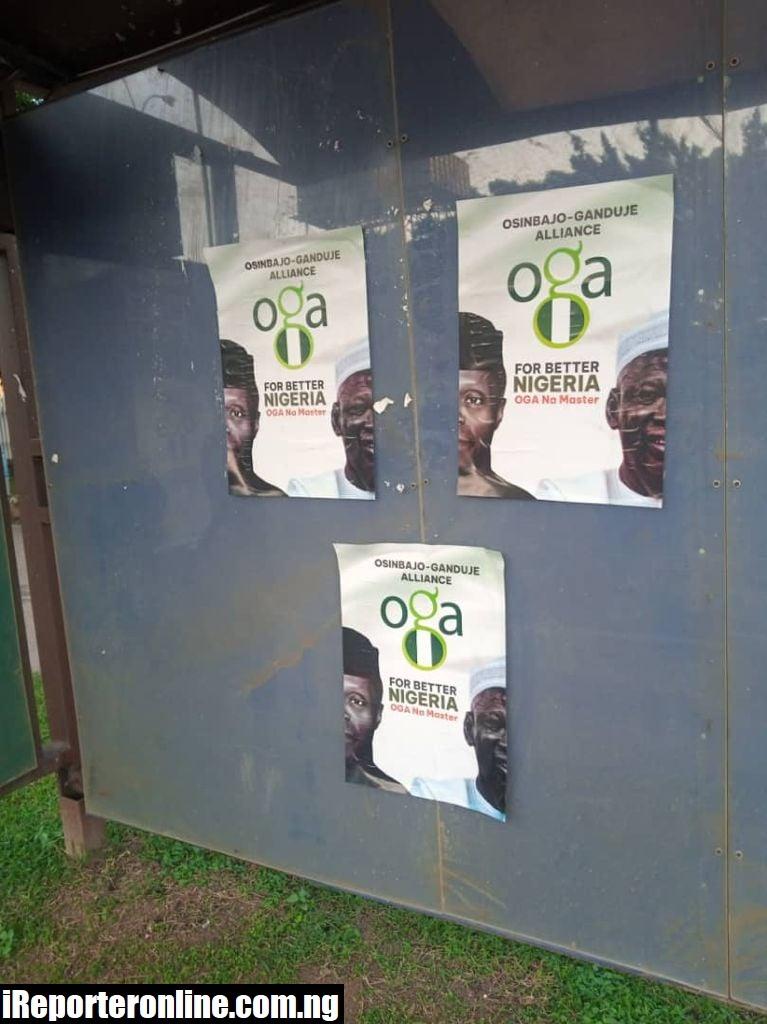