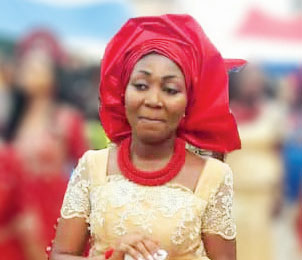 The marriage of Engr. Napo­leon Okeahialam Onyebilima and Chinyere Akujobi Okea­hialam may be heading for collapse over irreconcilable differences.

In fact, Saturday INDEPEN­DENT gathered that the couple had visited the police and hu­man rights bodies over their family challenges but could not resolve them.

Investigations revealed that they have finally gone to court.

However, the couple once again came to public square when news made the round that Napoleon’s wife and children have been placed under house arrest and could no longer have access to members of the public contrary to their wish.

Engr. Onyebilama has there­fore debunked the allegation, saying it was tantamount to tarnishing his reputation before the right thinking members of the public.

He said that the process of dissolution of their marriage is currently on at the Customary Court in Abia State over irrec­oncilable differences.

“I want to say categorically that these rumours are false, unfounded and malicious as this is clearly the handwork of my wife and her lawyer, who would stop at nothing to tarnish my image.”

He said that the process of dissolution of their marriage was currently on at the Cus­tomary Court in Abia State over irreconcilable differences.

“About two weeks ago, my wife called to inform me that my second child was hospital­ised and that she needed mon­ey which I transferred to her before I decided to travel to Imo State where they were staying presently because I took her back to her family since last year.

“When I got to Imo State to check on my children they were looking unkempt and the result was that the child who was sick was suffering from malnutrition. I was surprised because I usually send money for the children allowance and upkeep.

“Immediately, I decided to bring them back to Lagos to enable me to give them proper treatment and monitor the sit­uation.”

He alleged that his wife does not take care of the children.

“Within eight months, the same case of malnutrition was reported again whenever they fell ill. I needed the children around me for now and that was what I did.

“I never restricted her from going out but not with the chil­dren who were under medica­tion,’’ he added.

Mrs Onyinyechi, while nar­rating her part of the incident, admitted that she informed her lawyer after her husband brought them back to Lagos thinking that her coming back with her husband will be an av­enue for reconciliation.

“Eventually on Wednesday, as we were discussing, he told me that the children will start school the following Monday.

“When I asked him if he has gotten another accommodation for us, he said that he will like the children to stay in his sister’s house which I objected.

“I told him that it will not be possible for me and the children to put up at his sister’s house.

“Surprisingly, everything went soar which includes my movement. I had to inform my lawyer who invited the press,’’ she said.

Reacting to the incident, Mr. Ebenezer Omejalile, the Coordi­nator, Advocates For Children and Vulnerable Persons Net­work (ACVPN), a Non-Govern­mental Organisation (NGO), said there was no truth in what the woman claimed.

I Warned Nigerians Against Buhari In 2015 – Adebanjo