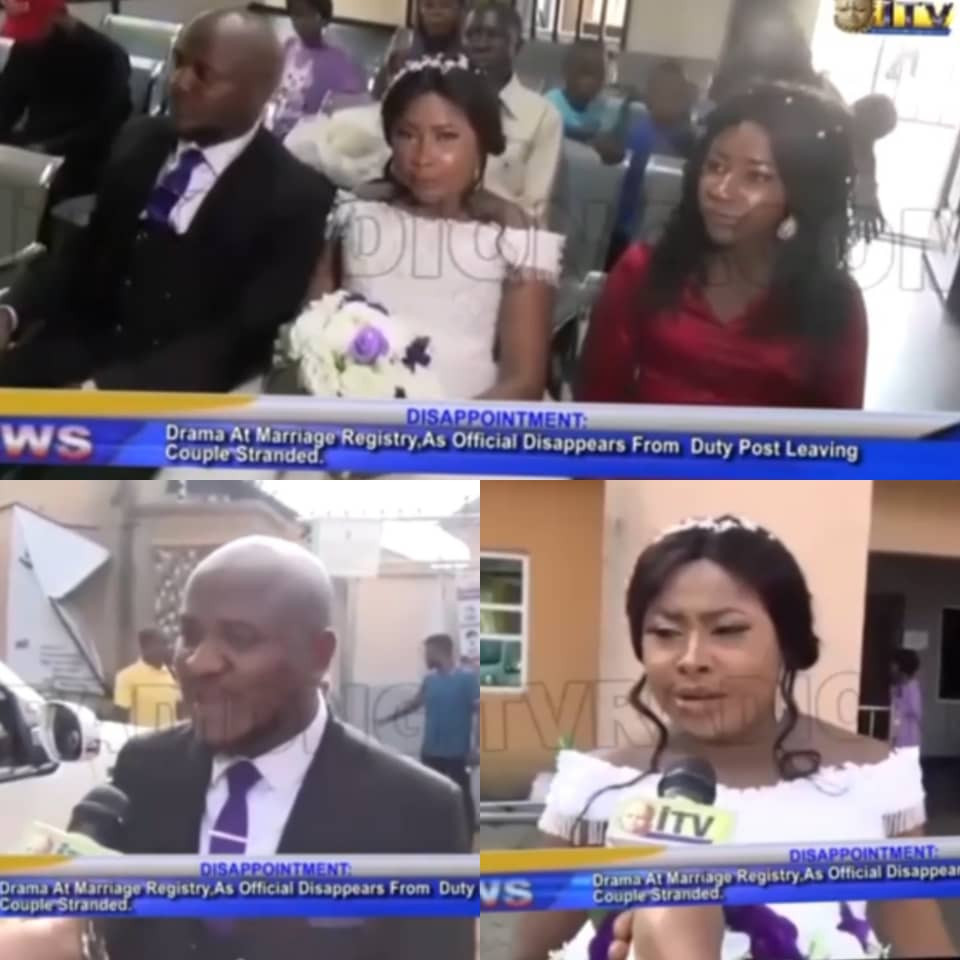 A Nigerian couple was left stranded on their wedding day May 28 in Edo state after the registrar at the Edo State Ministry of Interior failed to show up at the registry to officiate.

The registrar, Ozuruonye Chukuma, who was supposed to officiate at the wedding was absent as he had gone for a funeral without prior notice to the couple nor delegating his duty to someone else.

In an interview with ITV News Benin city, the groom expressed sadness at the development saying there was no way they could postpone the wedding as food and drinks and other items for the reception had already been prepared and paid for. He also mentioned that people who had travelled from far could not be asked to go back and return on a later date for the wedding.

Reacting to the development, the Federal Government on Friday, June 4, instituted disciplinary action against Chukuma. According to a statement released by the Director, Citizenship and Business at the Ministry of Interior, Mrs Soyinka Onijala, on behalf of Dr Shuaib Belgore, Permanent Secretary to the minister, Chukwuma has been relieved of his duty as a Marriage Registrar at the Benin Federal Marriage Registry and recalled to the Headquarters in Abuja immediately, pending the conclusion of the investigation.

Watch a video of the couple complaining bitterly below

#EndSARS: Pathologist Presents Bodies Of 99 Protesters Killed In Lekki, Other Parts Of Lagos