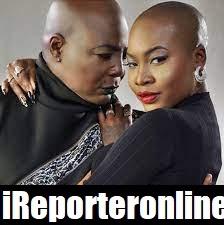 Singer Charles Oputa aka CharlyBoy has reacted after Nigerians used his gay daughter, Dewy Oputa, to insult him after he mocked Christians who attend Crossover services. 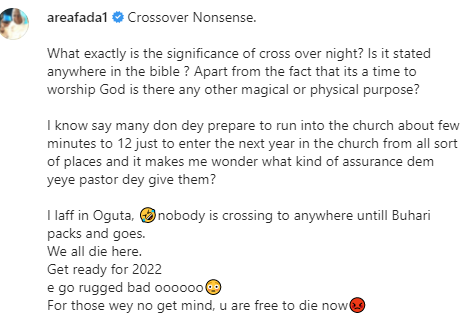 Some Nigerians took to his Instagram page to slam him. They argued that he should focus on ”changing” his gay daughter and leave them with their belief in crossover services.

”As CharlyBoy Oputa, I have never let the expectations and opinions of other people affect my life. Because I live my life on my own terms not yours and am fearlessly myself.

But some Mumu Naijas are throwing tantrums because I say “CROSSOVER” nights are nonsensical. 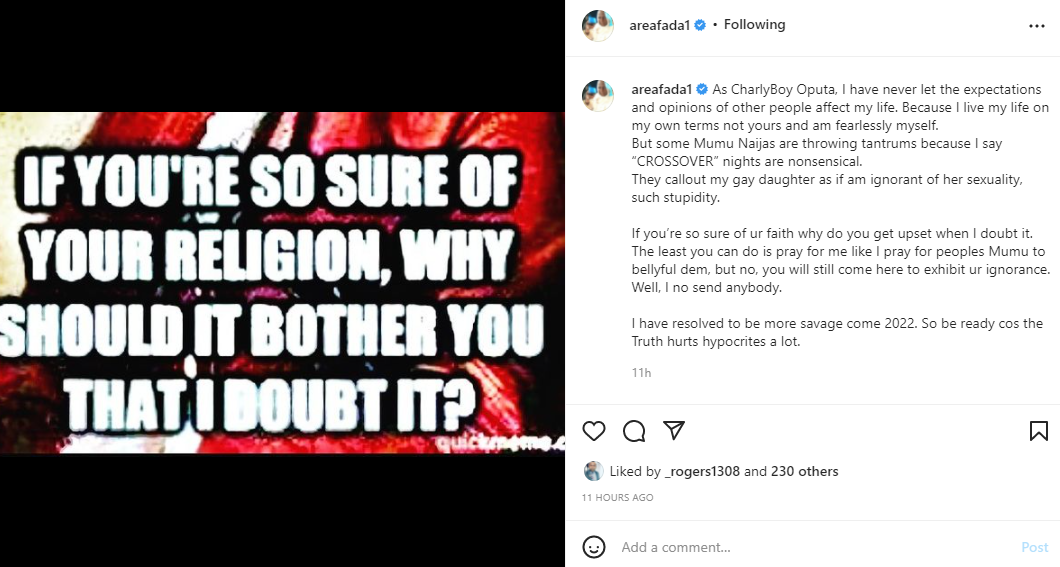 They callout my gay daughter as if am ignorant of her sexuality, such stupidity.

If you’re so sure of ur faith why do you get upset when I doubt it. The least you can do is pray for me like I pray for peoples Mumu to bellyful dem, but no, you will still come here to exhibit ur ignorance. Well, I no send anybody.

I have resolved to be more savage come 2022. So be ready cos the Truth hurts hypocrites a lot.”he wrote

2022 All Of Us Must Love Ourselves By Force-Burnaboy

Davido Boasts Of Himself Making 13 Billion In Year 2021