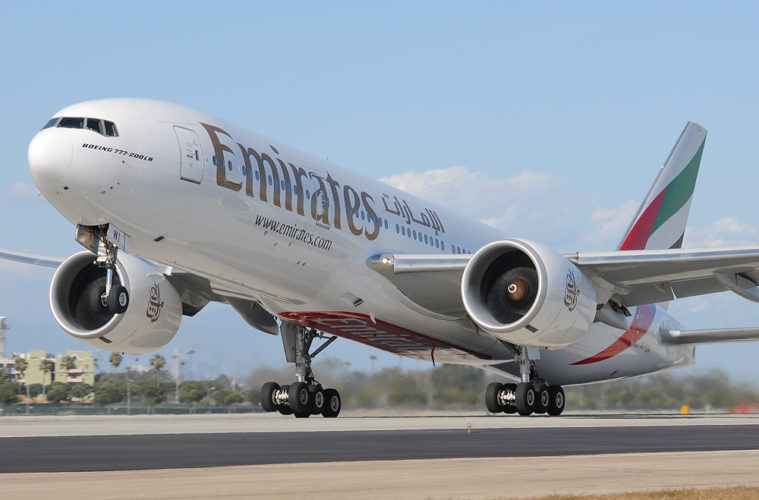 Amid diplomatic row over arline slots between Nigeria and the United Arab Emirates (UAE), the Arab nation on Monday decided to gave seven slots to Nigeria’s Air Peace, in what appears to be an attempt to concede ground and bring the row to an end.

The UAE also granted the Nigerian carrier the permit to fly directly to Dubai instead of Sharjah Airport, which is a distance from Dubai, the Nation reported, quoting a source.

The newspaper also reported that the General Civil Aviation Authority of UAE gave the approval in a December 13, 2021 letter to Air Peace.

“In the letter, the UAE said Air Peace can fly directly to Dubai and not Sharjah Airport. This is the latest on the development. Even though they did not follow the right diplomatic channel by writing the Federal Ministry of Foreign Affairs which will in turn inform the Aviation Minister, this is still a positive development,” the source was quoted to have said.

Asked if the UAE has stopped other carriers from conveying Nigerians to Dubai, the source said, “This is in the realm of rumours. I don’t think it is true. No official communication banning Nigerians from entering Dubai through other carriers. If anybody has such a directive, let him or her produce it. It will be in gross violation of international civil aviation regulations.

“The Federal Government got no such information at the diplomatic or official level. I think with the latest concessions, the UAE was trying to avoid a diplomatic row with Nigeria. We also do not want any row with the UAE.”

Recall that amid the impasse, the Nigerian government ordered that the UAE-operated airlines come in only once a week to reciprocate the country’s one slot given to Nigerian airline, Air Peace, saying the UAE violated bilateral air agreement.

The Minister of Aviation, Hadi Sirika, had stated this in an audio message that the UAE authorities wrote an “insulting letter” to Nigeria offering incoherent explanations as to why Air Peace was denied enough frequencies in the UAE.

Sirika had said, “So this is very insulting and this is not acceptable by international treaties, conventions and agreements. And therefore I directed that they also be given one frequency and into Abuja and beginning from December 12. From December 13, they will only come once into the country. “So, anyone who wants to get into Emirates should get out by December 12.

“I know they cannot bear the pressure. Honestly, who cares? By their not coming, they are losing a lot of money and we also in Nigeria are losing the service they provide. But the sovereignty of 200million people is too important to toil with.”

The UAE had in the said letter sent to the Nigerian Civil Aviation Authority, argued that the decision to limit Emirates’ flights to once weekly was unjustifiable.

In a letter dated December 10 and addressed to Hadi Sirika, Minister of Aviation, and signed by Abdulla Bin Touq Al Mari, Minister of Economy and Chairman of the UAE’s General Civil Aviation Authority, the Arabian country had said the action taken by the NCAA regarding the Air Peace’s approval at Sharjah was “not in line with the spirit of the agreed air services arrangements between our two nations.”

The row between the two countries deepened on Monday when the UAE said airlines should not bring Nigerians into the country anymore.

The Nigerian government had also stated that it would in the coming days place the United Kingdom, Canada, and Saudi Arabia on the red list over the Omicron virus and stop their airlines from coming to Nigeria in retaliation for baring Nigerians from travelling.

JUST IN: Oba Is Dead (Photo)